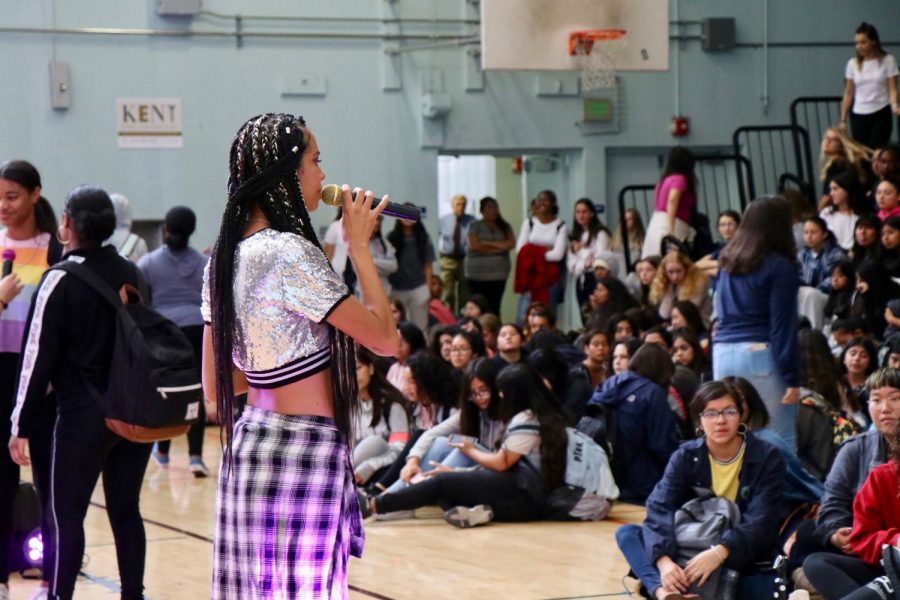 This morning on Oct. 3, the entirety of Venice High’s female students were pulled from their first two periods to attend an assembly in the West Gym. The organization No Girl Left Behind (NGLB) presented two hours brimming with loud music, open discussions and self-affirmative statements centered on female empowerment.

Most of the girls walked into the assembly thinking that the administrative staff would reiterate our infamous district dress code to the all-female audience, which fortunately didn’t happen. However, the fact that the school allowed No Girl Left Behind to present to us these body-positive messages this morning is contradictory to the excessively strict reinforcement of the district’s dress code.

We were told by the NGLB ambassadors that we were beautiful and that we didn’t come to this world to fulfill others’ expectations. Interestingly, girls are told to abide by sexist rules on what they can or cannot wear due to wandering male eyes that just get so easily distracted.

“There are two people in this world: those who take action and those who don’t,” said founder Michelle Delamor repeatedly, bearing her crop top and flannel tied at her waist. Nobody dared to dress code such a credible woman.

This month, the students of Venice High School are taking action regarding their belief that girls are being more harshly penalized by the dress code than boys. A group of three students—Annabelle Bellamy, Jenny Chen and Collin Domino—have been working on a petition addressed to the school-based management on making changes to the district’s dress code. Similarly, Feminism Club and Activism Club are planning a rally set to happen after school on Monday, Oct. 29. These two clubs are holding after school meetings every Monday in Room 211 starting Oct. 8 in preparation for the rally.