What a Chaka! Venice has a new Soccer Coach 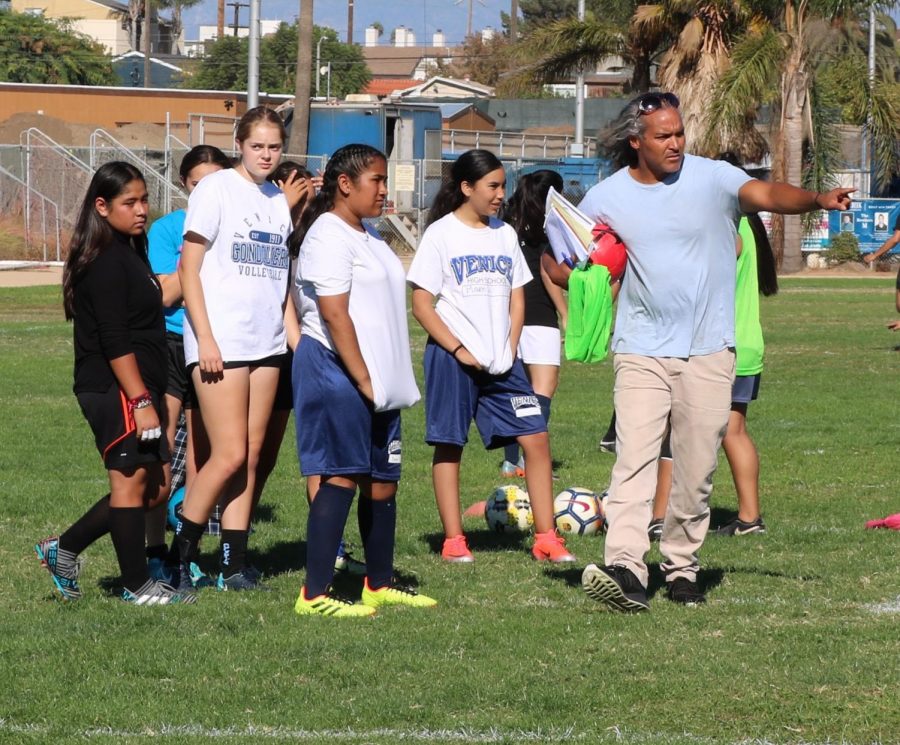 Varsity girls soccer has a new coach. Chaka Forman, a former coach, has decided to coach varsity girls soccer this coming year. The expectations are high for a team that struggled last season, giving up 65 goals and only scoring three.

Many players are excited for the new coach, including senior Guadalupe Antonio.

“He’s very involved,” said Antonio. “He’s been putting in a lot of work before season starts and seems to be very enthusiastic about it.”

Forman was a coach at Newroads High School and Mark Twain Middle School. Venice has been looking for a new coach who would not only have a winning attitude, but  also be committed to the team. Athletic director Alfredo Korzenik believes they have hired the right person.

“He has two middle school championships recently,” said Mr. Korzenik. “It’s not only about winning, it’s about building a strong program. He has committed to stay here for years.”

With five returning varsity seniors and a young core to build around, coach Chaka Forman believes the season will go well.

“This year we are going to build a competitive team that cares about each other, who are part of something bigger than themselves, and who want to represent Venice to the highest degree,” said Forman.