No School On Halloween? 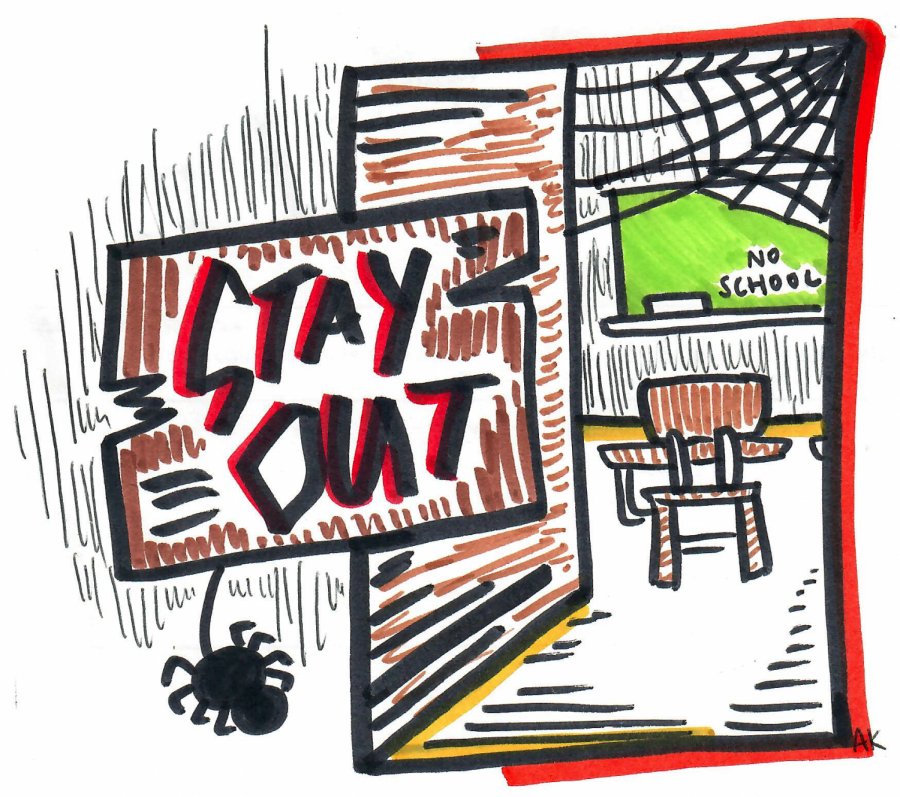 Should Halloween be considered a school holiday?

Halloween is a fun time for all ages. People get to dress up and become something they usually don’t get to be, but for others it’s just another normal day. Teenagers often contemplate having a day off on the scariest day of the year or saving their tricks until the learning is done.

There were many students who support the decision of having no school on Halloween.

“We should have Halloween off, because we have a bunch of other holidays off over the course of the year,” said senior Ali Safdari. “I don’t understand why this day isn’t off when the school itself celebrates other less important holidays like Presidents’ Day, when no one even celebrates that.”

Students deserve a break every once in a while and Halloween seems like the perfect holiday to have that break. For students who do celebrate Halloween, they can spend more time preparing their costume to go out for the night and have a scary time with their friends.  For the younger audience, they can get an early start on collecting the most candy in the neighborhood. For parents, they can take their time on dressing up their children instead of rushing to get them to school on time.

For those who don’t celebrate the spookiest day of the year, they can have a well-deserved rest from the many stress factors of school. People that aren’t caught up can work on assignments they’re missing and have a chance to raise their grades. Having a day off benefits everyone, even the teachers who might need a day to catch up on grading papers or just to take their children around the neighborhood for trick-or-treating.

No school on Halloween might be unlikely to happen, but it isn’t just another lazy student advocating for less school days. Various students and even teachers have different reasons to like a full day to themselves on Halloween, rather than spend most of their day waiting for the chance to show off their costume.