The Ghost of Venice High School 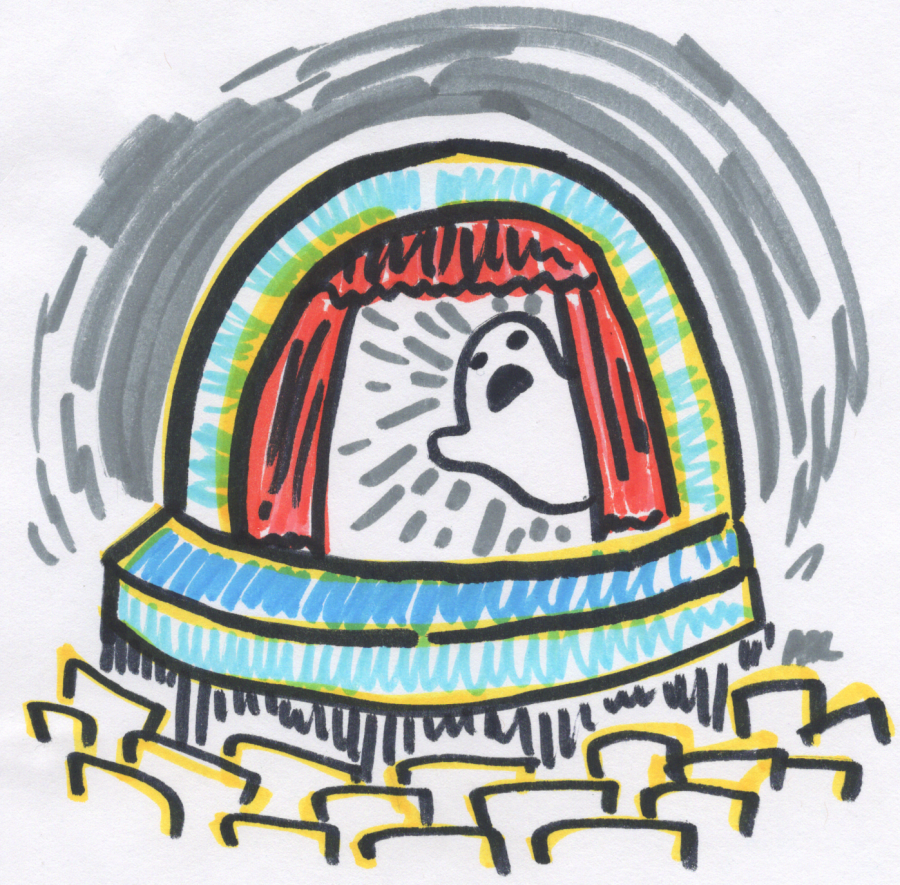 A haunted tale of Venice High.

Everywhere you go, there’s definitely an urban legend or a claim of a ghostly sighting in the corner of someone’s eye. From the Queen Mary ship in Long Beach, California to the Paris Catacombs in Paris, France, people have their own stories about ghosts and other sightings.

The last place you would ever think of having a haunted history is your very own school. Venice High School has its own creepy legend.

The idea of a spirit roaming the same halls you walk through on a daily basis can give you an uneasy feeling, but you shouldn’t worry because this ghost resides in the auditorium.

According to the tale, there was a student named Joey who worked in stage crew and the student  wasn’t treated very well. Many of his peers made fun of him, causing him to become an outcast. He felt that he wasn’t being treated right.

One day, things took a turn when he went to school. He took his own life in the auditorium, which he now haunts.

By searching “Venice High School ghost” online,  you can find claims about the auditorium lights and sounds turning on by themselves when no one is near the control panel. Several screams have been heard in that room as well, but when people go to find the source of the screams, they can’t find anyone in the room. Various places inside of the auditorium feel oddly colder than others, especially if you walk in by yourself. Many students weren’t aware of this story when asked about it, but a few teachers had their own stories to tell.

“I think it was the 70’s,” Coach Vidal Sandoval recalled. “Some students slept up there since they wanted to see if they could communicate with the ghost and so they slept up there with one of the teachers. Supposedly, they didn’t hear or see anything… well, nothing really, really suspicious. They just heard some noises and you know, things like that but nothing like whoa, there’s a ghost! Nothing like that.”

“I’ve been here as late as four in the morning with Joey and he’s been very friendly,” Head of the theater department Traci-Nichols Thrasher says. “So, you know, a lot of people are afraid of Joey, but I’m not because I’ve been in the auditorium by myself until three, four in the morning and lights have come on when nobody else is there. It’s kind of freaky.”

Whether you believe in ghosts or not, it can be chilling to know our school has a myth like that. It really makes you wonder if the auditorium is truly under construction or if another force is keeping those doors shut.