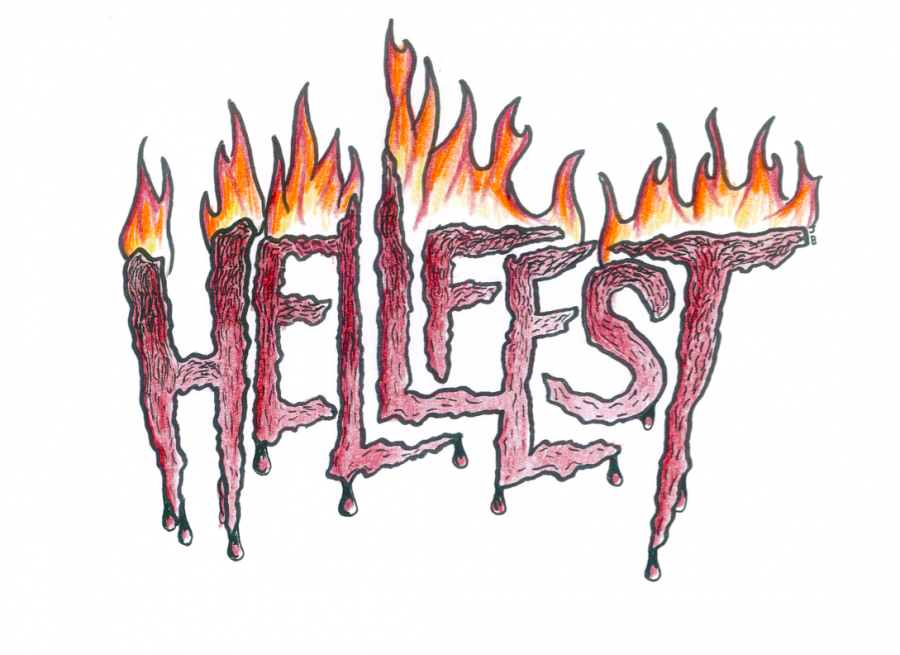 Yet another attempt at an overdone trope.

“Hell Fest,” released on Sept. 28, left the audience groaning at the characters and squirming in their seats as they witness an amusement park trip gone wrong.

The movie follows a group of teenagers as they make their way through “Hell Fest,” a horror-themed amusement park filled with scary mazes, rides and games, where a killer is lurking amongst the actors. Taylor, Natalie, Brooke and their boyfriends try to survive the night and slowly get picked off one by one while making their way through the frightening mazes.

“I thought the movie was alright,” said junior Xitlalli Palafox. “It wasn’t scary, but some scenes made me a little anxious. Some parts of the movie had weird acting, but overall the movie was fine.”

“Hell Fest” received a 40% on Rotten Tomatoes, a deserving score as the dialogue in the movie seemed fake; there were moments when the acting seemed superficial. The slasher movie trope might have been successful in the past, but now there is no originality to it.

Sure, the idea of a killer being able to get away with murder since they could perfectly blend in with the theme of the amusement park might seem interesting and a little scary at first, but teenagers being slain is nothing new to the horror movie world.

“Hellfest” doesn’t try hard when it comes to creating a more imaginative plot and Director Gregory Plotkin putting oblivious teenagers in an amusement park who try to survive is boring.

“It was really gory, which I sorta expected,” said Manuel Cruz, a junior. “ I don’t think it’s the best scary movie in the world, but I found it relatable since it was a group of friends going through something like Halloween Horror Nights, but I don’t think that affected my opinion much.”

Overall, if you are looking for a generic movie with the same theme as those made in the 80’s, then this is the movie to watch.