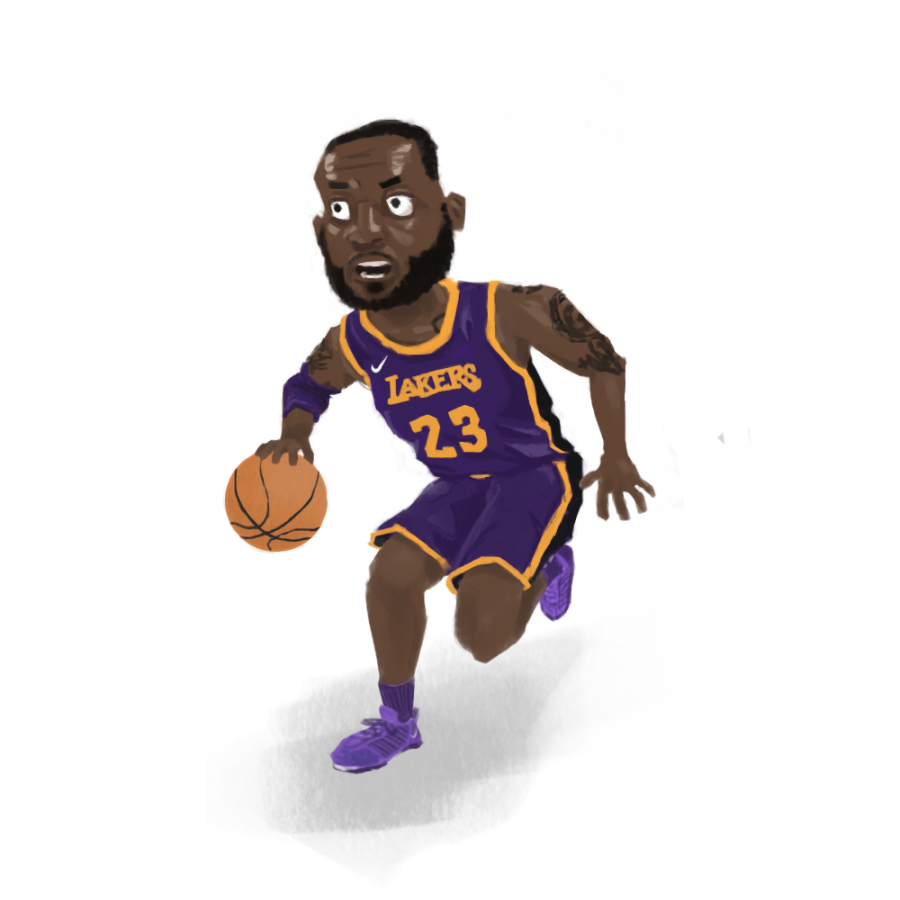 This past summer, the NBA off-season was wild. There were big name free agents and blockbuster trades around the league, but nobody made a bigger splash than the Los Angeles Lakers. They signed three-time NBA Champion and four-time MVP LeBron James to a four-year, $154-million contract. The greatest player in the league, and arguably of all-time, has decided to play for one of the most historic and iconic franchises in sports.

The Lakers are still in a rebuilding phase filled with a strong and young core featuring Lonzo Ball and Kyle Kuzma. But with the signing of James and other free agent veterans like Rajon Rondo and Javale McGee, the Lakers hope to reach the playoffs for the first time since 2013.

Many Laker fans think this mesh between a young core and veteran players has the potential to be something special. Junior Frankie Sandoval thinks that this unique Lakers roster, can do great things.

“They have the experience to teach the younger players what to do with and without the ball,” said Sandoval, “I expect them to make the playoffs.”

James has reached the NBA Finals eight seasons in a row representing the Eastern Conference with the Miami Heat and Cleveland Cavaliers, so James joining the Lakers seems like a guarantee to make the playoffs. However, the Western Conference is loaded with great teams like the defending NBA Champion Golden State Warriors.

There is some speculation about how good this Lakers team is compared to other teams in the Western Conference. Junior Camden Mah, thinks this year isn’t a championship year for the Lakers.

“Next season, since they have a lot of cap space, they would be able to sign another big free agent superstar,” said Mah. “They have to bank on that. Other than that, if they do what they did this year and give one-year deals to mediocre players, they aren’t gonna go anywhere.”

Cap space refers to the amount of money a team has to sign free agents. The Lakers are projected to have about $36 million in cap space next season, enough to sign another superstar.

Off to a slow 2-5 start, the Lakers hope to turn the season around soon. With LeBron James on their team for the coming years, the Lakers are destined for greatness.