The Problem with JUUL

The consequences of e-cigarettes and vaporizers 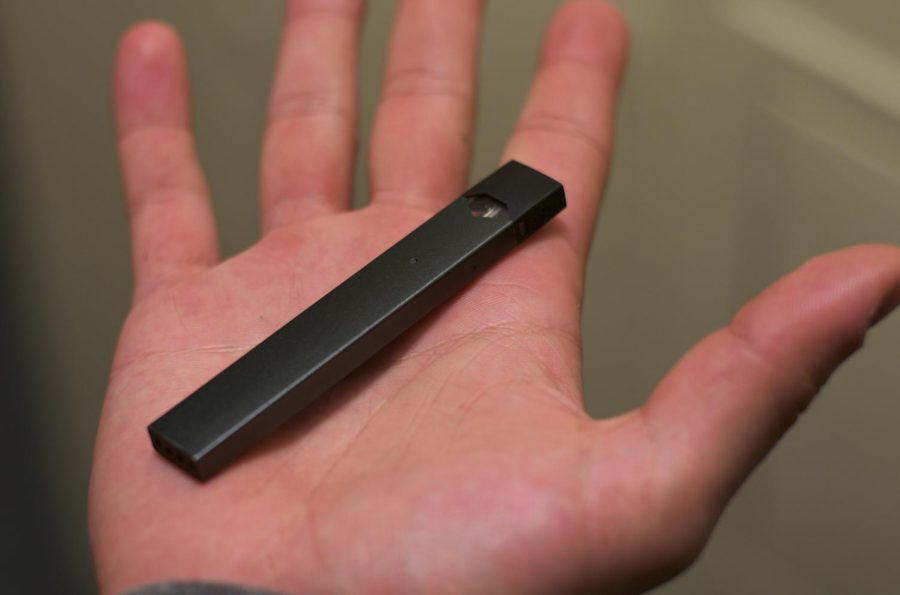 JUUL e-cigarettes are easy to conceal and are often mistaken for USB flash drives.

JUUL is a very popular electronic cigarette. JUUL was created for a quick nicotine peak in five minutes, just like traditional cigarettes. It is classified as a nicotine-based substance, so it can’t be sold to minors, but minors seem to get a hold of them and JUUL knows it.

JUUL, created by PAX Labs in 2017, has been targeted by the FDA because their products are somehow being distributed to minors.

A study done in 2017 by the Truth Initiative, an organization against nicotine use, found that seven percent of JUUL users were between the ages of 15 to 17.  There are minors in high school that are underage and shouldn’t be inhaling nicotine. Their bodies are still growing, but they don’t seem to care about their health. In September, the FDA sent letters to major e-cig (electronic cigarettes) companies, giving them 60 days to address the widespread use of their products to youths.

JUUL has stated that they “will work proactively with the FDA in response to its request.”

What these kids are putting themselves through is real danger. JUUL contains nicotine, although not tobacco. The first risk is getting addicted to nicotine, and that’s already a horrible problem by itself. Nicotine can also hurt the growth of minors and other very damaging long-term effects like brain damage and growth stunting. All though these effects are primarily from smoking regular cigarettes, vaping also causes them. Any other e-cig with nicotine is said to be a ‘gateway’ for the youth to get into smoking real cigarettes.

So on top of all the issues that JUUL causes, there is still the problem of minors using JUUL in schools, but some schools have started to take action. Some have banned USB drives, because of how similar they look to a JUUL, or even taken away doors from bathrooms so that it is easier to catch people vaping. Other actions include increased security, locking bathrooms during class time or not letting students go to the bathroom in general, and many more are being done to stop it all completely.

JUUL products were meant to target adults, but they have found a different audience: minors. What’s worse is that JUUL only recently started to give warnings about how harmful their products are, but teens don’t seem to care and continue to consume all that nicotine and possibly become addicted, hurt their growth, and far more terrible problems.

Vaping causes less harm to the body, but it still carries some of the problems of cigarettes. To those that use a JUUL now, try to stop it at soon as you can. These problems and effects can last a lifetime. It may “feel good” and “be cool” now, but when you’re out of breath or coughing constantly, you have one thing to blame: JUUL.

According to Wikihow.com, here are some steps to take to quit e-cigarettes: