Venice Pushes Through to Playoffs in Spite of Homecoming Defeat 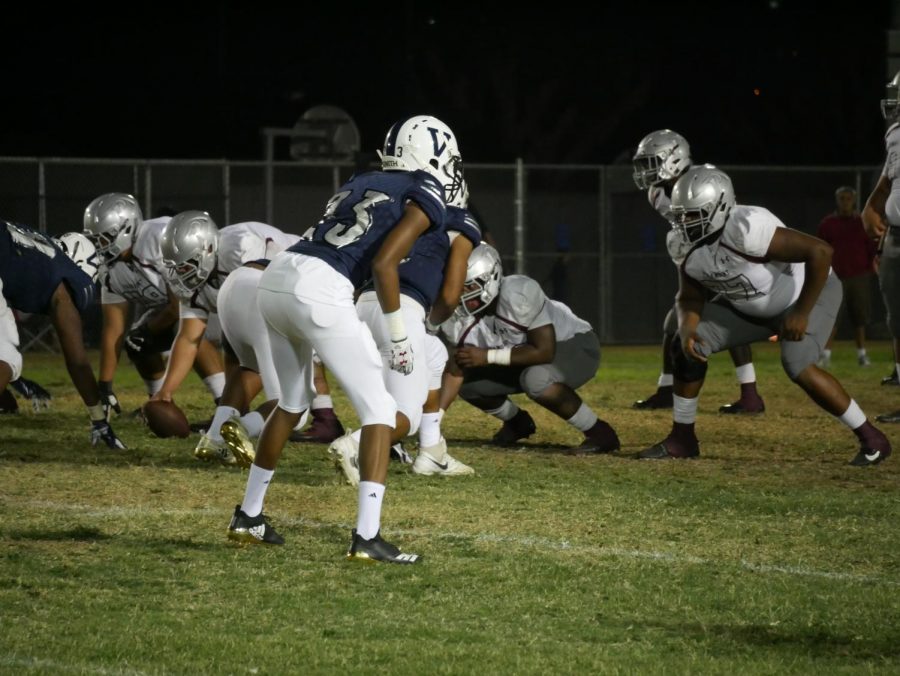 Venice football made up for a tough Homecoming loss by dominating Westchester 49-13 in its final game and qualifying for the playoffs.

Quarterback Luca Diamont threw six touchdown passes in the 36-point slaughter at Westchester on Oct. 26. The victory improved the Gondoliers Western League record to 6-4. It also moved them into the Open Division playoffs as the number eight seed. Their first playoff game is at top seed Narbonne High School on Nov. 9 at 7 pm.

The win helped take away the sting of the 45-26 Homecoming loss to Fairfax on Oct. 19. Running back Everson Bozeman scored two touchdowns and Luca Diamont and Makai Cope each had one. The team also got two extra points from kicker Naing Thiha.

“There were a lot of challenges,” said Bozeman. “We had some players that were hurt.” Bozeman had to step in and play both offense and defense.

Cope made sure he caught his passes and was open for his quarterback as he scored a touchdown in the fourth quarter. Even though the game was close to the end, the Gondos didn’t give up.

“To be honest with you, Fairfax wasn’t as good as Paramount,” said sophomore Cope referring to their win against Paramount. “[Venice] didn’t execute properly so there’s other stuff we can work on.”

“I was disappointed,” said coach Angelo Gasca as the game finished. The coach was one of several inductees to the Venice Hall of Fame at halftime.

It was hard for the seniors to accept the loss of their last home game and their Homecoming game.

“It was a hard and very special game for me and the seniors on the team because that was the last game that we will ever play on that field,” said senior Anias Camarillo.

Before the game commenced, most teams, clubs and the Homecoming court paraded the track along with classic cars and a firetruck. Seniors from the marching band, cheer team and dance team were recognized. The seniors from the football team were also recognized and walked down the field with their loved ones.

Joseph Tachiki, a former football player who died in 2016, was honored with a moment of silence. Mrs. Christine Tachiki, current English teacher, walked down the field in remembrance of her son.