Boys Basketball Off To Rough Start 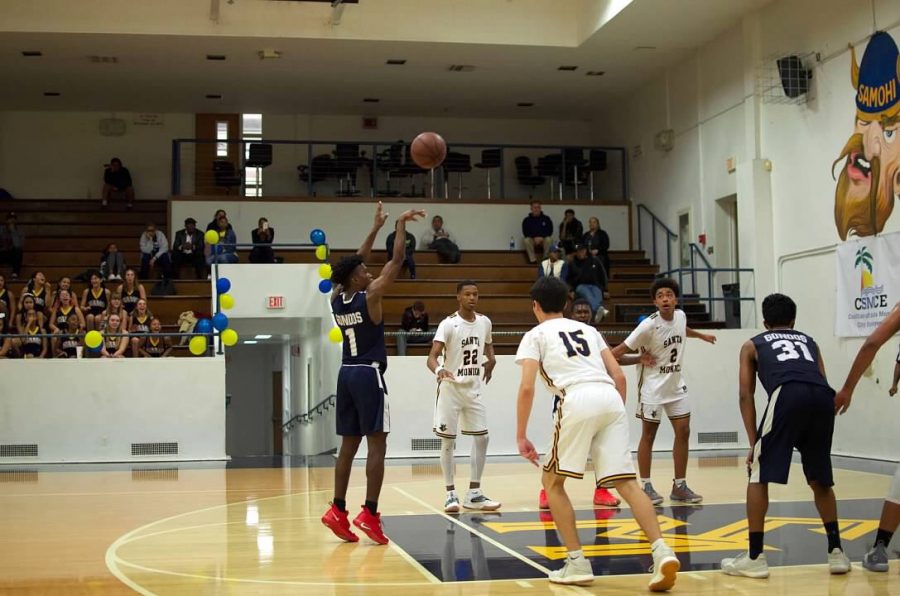 The boys varsity basketball team, led by head coach David Galley, is off to a rough start this season, losing its first game against Windward High School 68-41. So far, their record is 0-7. Although they haven’t started league games, they are looking to improve from last year’s Western League record of 5-7.

Venice made it to Division One semi-finals last season for the first time. Unfortunately, they were disqualified in the second round by Washington Prep High School.

“We’re going to do alright for now, and midway through the season we’re going to get it together and improve little by little,” said varsity captain Ja’Sean Johnson.  “My goals for this year are probably to make first team, all city, average at least 15 points. I’m looking forward to playing against Crossroads the most, since it is a very competitive school.”

“I want to play probably up until college,” said Johnson.

“I think we’re going to depend on the returning varsity player Ja’sean Johnson, and the rest of the seniors need to show more leadership,” said Coach Galley. “This year’s team is very young and inexperienced so it’s going to take them weeks to catch up to the pace of varsity.”

Galley is convinced they will thrive this season with a lot of work and determination, due to their off season practices.