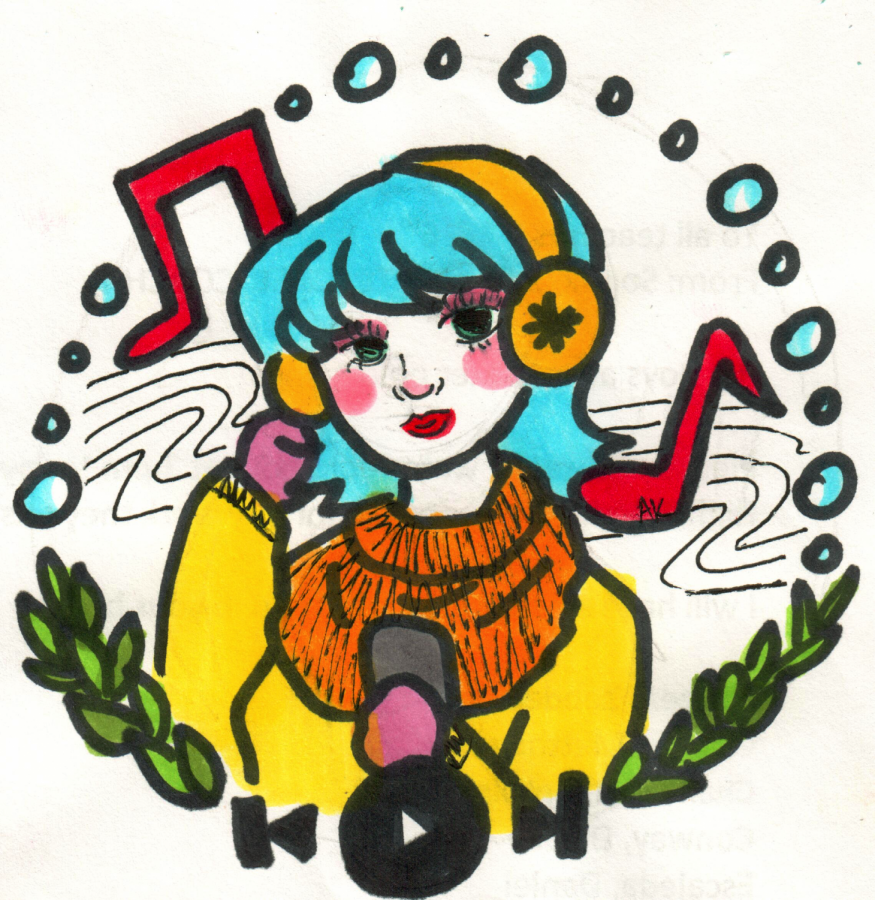 It’s finally time for hot chocolate, warm blankets and most importantly Christmas music! There is never a wrong time for a Christmas song that gives you that warm and cozy feeling. In the car, wrapping presents or decorating the tree, here is a list of the 12 best Christmas songs:

“All I Want For Christmas Is You” – Mariah Carey (1994)
All I want for Christmas is you! This classic song was part of  Mariah’s first holiday album “Merry Christmas” (1994). It is considered the best selling modern-day Christmas song ever.
“Santa Baby” – Eartha Kitt (1953)
Perhaps the sultriest holiday song known is Eartha Kitt and Henri Rene’s original, “Santa Baby.” In this song you find yourself listening to a grown woman wish for outrageous gifts like a convertible or a yacht.  Originally recorded with RCA Records in July 1953, Kitt later re-recorded an upbeat version of the song for Kapp Records in 1963.
“Baby It’s Cold Outside” – Michael Buble (2014)
I really can’t stay! Originally written by Frank Loesser in 1944, it has been covered by many artists like Ray Charles, Michael Buble, and Dolly Parton.
“Rudolph The Red Nosed Reindeer” – Johnny Marks (1949)
Which underdog pulled Santa’s sleigh? Hitting Number 1 on US charts during Christmas week of 1949, Johnny Marks based this song off of the 1939 story, “Rudolph the Red Nosed Reindeer.” The famous reindeer was created by his brother-in-law, Robert L. May.
“Rocking Around The Christmas Tree” – Brenda Lee (1964)
You’ll be singing “Let’s be jolly’ when you hear this song. Written by Johnny Marks, this song was then recorded by Brenda Lee in 1958 and has also been covered by other artists. Lee’s version sold over 25 million copies by its 50th anniversary in 2008.
“I Want a Hippopotamus for Christmas” – Gayla Peevey (1953)
Children usually want toys for Christmas, but Gayla Peevey wanted a hippopotamus. Peevey was 10 years old at the time she sang “ I Want a Hippopotamus for Christmas.” The tune reached number 24 in the Billboards pop magazine during Dec. of 1953. This Christmas song was written by John Rox.
“Feliz Navidad” – José Feliciano (1970)
Jose Feliciano wants to wish you a Merry Christmas with this one. The Puerto Rican singer wrote this simple English and Spanish song later recognized as one of the top 25 Christmas songs around the world. The song also got on Billboard’s Hot 100 and remained there for two decades after it was released.
“Frosty the Snowman” – Gene Autry (1950)
Frosty may have melted away, but the song is here to stay. Gene Autry and the Cass Country Boys’ recorded this song in 1950, but it was originally written by Walter Rollins and Steve Nelson.
“Let it snow”- Vaughn Monroe (1945)
In “Let it Snow,” Sammy Cahn yearns for the holiday season to arrive. Vaughn Monroe was the first to record this song for RVC Victor and eventually hit number one on Billboard’s Best Sellers music chart in 1946.
“Jingle Bell Rock” – Bobby Helms (1957)
The “Mean Girls” dance made it iconic. Composed by Joseph Carleton Beal and James Ross Boothe, Helms recording is the best known. Helms re-recorded this song in 1965 for Kapp Records and again in 1967.
“It’s the Most Wonderful Time of the Year” – Andy Williams (1963)
It’s the happiest season of all. Written by Edward Pola and George Wyle in 1963, Andy Williams then re-recorded this song for his first Christmas album. In 2009 this song made it to number 5 on Billboard’s Top 10 Holiday Songs.
“Last Christmas” – Wham! (1984)
Last Christmas I gave you my heart. This song was written and produced by George Michael and released by Epic Records in December of 1984. One member of the famous English pop duo George Michael passed away on Christmas of 1963. People still remember his hit Christmas song till this day.