Film Review: The Nutcracker and The Four Realms 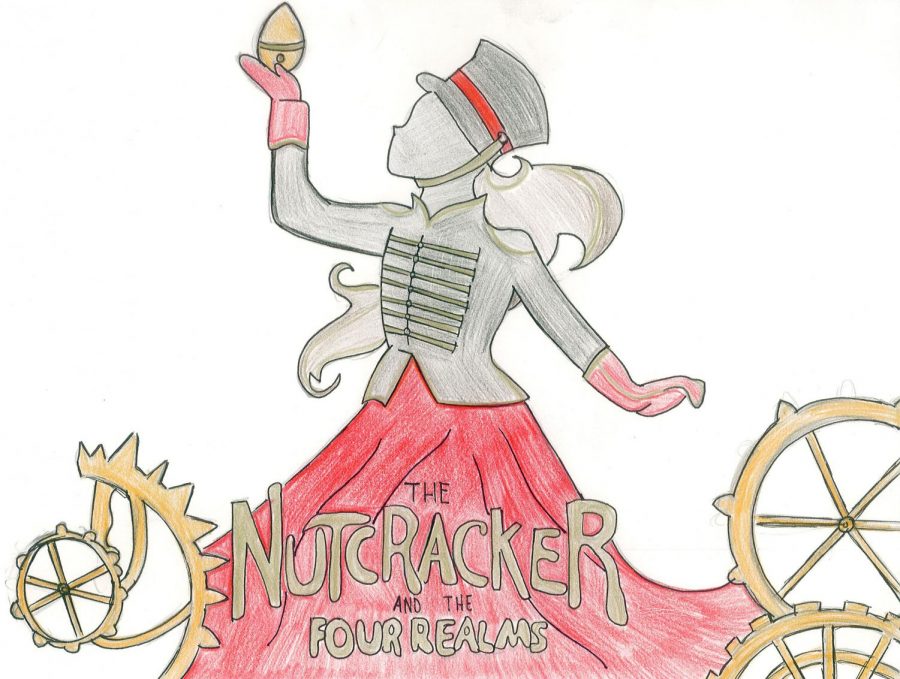 Despite promising to bring a winter wonderland to life, Disney’s “The Nutcracker and the Four Realms” left the audience confused and unsatisfied with the production.

“The Nutcracker and the Four Realms,” released on Nov. 2, tells a story based on E.T.A. Hoffman’s classic tale “The Nutcracker and The Mouse King.” In Disney’s reincarnation of the tale, the story takes place in Victorian England and focuses on a young girl named Clara, played by Mackenzie Foy, who was given a mysterious, egg-shaped music box by her mother who has passed away. Like her deceased mother, Clara is a very intelligent and creative inventor.

The movie begins with Clara, and her family receiving an invitation to a party held at the estate of her godfather Drosselmeyer, played by Morgan Freeman. On the night of the party, Clara departs from the ballroom to visit her godfather to find the key to open the locked egg.

When she returns to the ballroom, Drosselmeyer announces to all the guests to follow a colored string that would lead them towards their individual gifts.

Once Clara finds her string, she follows it throughout the estate, passing multiple doors to enter a dimly lit room. She keeps following the string and ultimately ends up in a winter wonderland where she finds the key hanging on a Christmas tree. She reaches out for the key only to have it taken away by a mouse, which she relentlessly chases.
She now journeys on through this winter wonderland, created by her mother to retrieve the key that was stolen from her by the Mouse King and another portrayed villain, Mother Ginger, who is the ruler of the abandoned Fourth Realm. Clara is accompanied by her trusty knight Philip, played by Jayden Fowora-Knight, who was once a nutcracker in the Four Realms. The Four Realms were the Sugar Realm, Flower Realm, Snowflake Realm and finally the abandoned fourth realm which is the Land of Amusement. She discovers that her mother created an undisclosed issue in the Four Realms, which is now Clara’s job to fix the broken up world of toys that her mother had originally brought to life.
Even though the movie did seem promising, it did have some major faults in leaving out a lot of important information. For example, the movie never discussed how Clara’s mother died or what Mother Ginger did that led to the abandonment of the Land of Amusement.

It also doesn’t explain how Mother Ginger met the Mouse King since they are mainly working together as a team throughout the movie. The movie seemed too rushed; it was like an attempt to just make money with cheap production and faulty storytelling.

“I thought the movie was visually appealing but it did make me question throughout the movie what Clara’s mother did to make those realms break apart since one of the character kept saying repeatedly that it was her mother’s fault,” said student Maria Delgado.

One scene that I enjoyed was the ballet held upon Clara’s arrival, symbolizing the discovery of the Four Realms by Clara’s mother. The ballet, which was performed by Misty Copeland, was performed with elegance in front of beautiful backgrounds. The choreography was amazing and it was just wonderful to watch. However, it never really explained the discovery of the four realms.

In the end, the movie was visually appealing but it did have a lot of faults in the storytelling by leaving out a lot of important information. Hopefully, Disney improves their storytelling in its next live action films.

The Oarsman gives this movie 2/5 stars.