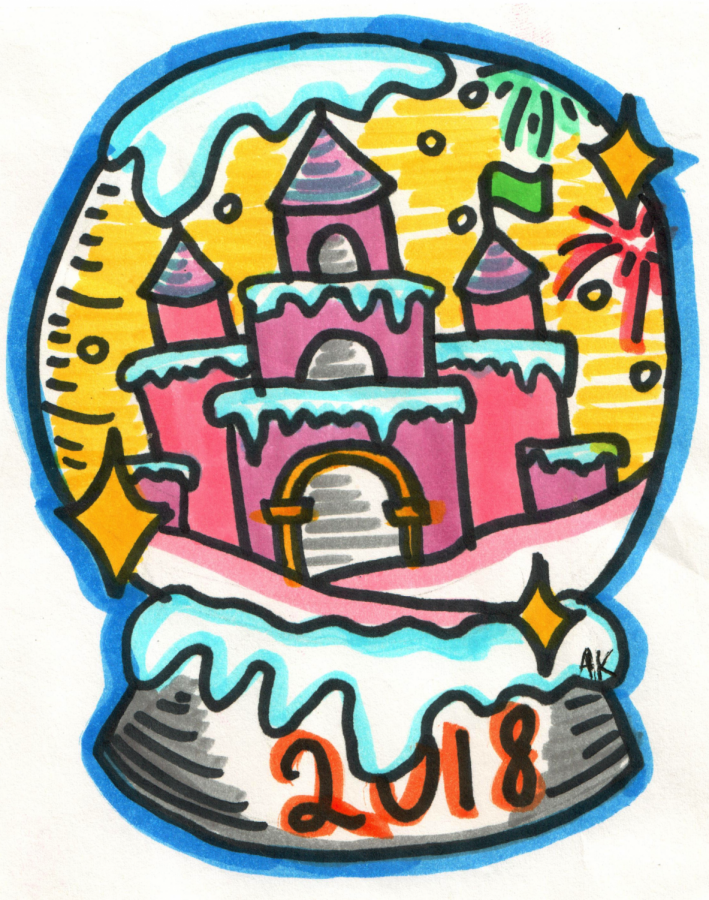 Disneyland (Anaheim, CA)
Mickey and Minnie are in the holiday spirit at Disneyland this winter. According to a tourist blog, Disneyland is one of the most decorated theme parks in “The US. The Haunted Mansion which is a classic ride at Disneyland is decorated like the Nightmare Before Christmas” movie.
As you go through the ride, you will see many characters from the movie and even see Jack Skellington dressed as Santa Claus. Another classic ride at Disneyland is “It’s A Small World”, which is transformed into a Christmas dream with Christmas lights and a giant tree. The iconic ‘It’s a Small World” song is also themed with a cheery orchestra added to it and some classic Christmas songs like “Jingle Bells” and “Deck the Halls”. Towards the end of the night, Disneyland puts on a Christmas fireworks show with dazzling lights and a snowfall ending.

Universal Studios (Universal City, CA)
Join Harry Potter and the Grinch at Universal Studios for the holiday season! Universal is transformed into a Grinchmas wonderland for the “Wholiday” season. Christmas trees and lights are spread out all through the park and even though the rides are not Christmas-themed, Universal makes up for it with the Grinchmas show. A few scenes from the movie “The Grinch” are shown and all the main characters can be seen singing and acting in this show. The Wizarding World of Harry Potter is also decorated for the holidays and Harry Potter souvenirs come Christmas-themed too. The Holiday Frog Choir can be found singing Christmas songs with Hogwarts students and their croaking frogs and later in the day visitors can watch “The Magic Of Christmas,” a special light show at the Hogwarts Castle.

Knotts Berry Farm (Buena Park, CA)
Snoopy and the rest of the Peanuts crew spend the holidays at Knotts Merry Farm. Calico, Ghost town and Camp Snoopy are all decorated to fit the theme of Knott’s Merry Farm. Carolers can be found singing Christmas songs at Calico and at the Calico Saloon there is a Christmas show. At Camp Snoopy, they put on a show called “A Peanuts Guide to Christmas” performed for kids visiting the park. At the Charles M. Schulz Theatre, Knotts provides us with a Snoopy Ice Show where Snoopy is dressed as Santa and is surrounded by reindeer. Towards the end of the night at Ghost Town, there is a Snow and Glow show where thousands of sparkling lights dance to the music of Christmas.

Six Flags (Valencia, CA)
You can find the DC characters at Six Flags Magic Mountain this holiday season for the Holiday in the Park. Six Flags is covered in Christmas lights and you can experience snow every night. People dressed up as toy soldiers and elves can be seen walking on stilts around the park and do a short dance routine at the entrance. Next to the Full Throttle ride, there is a Christmas concert every day with a DJ and a singer. Most rides are not decorated, but around the park there are little fire pits where you can pay to make s’mores at night. From Dec. 15-30, Six Flags is presenting a Holiday- themed Food Festival where you can find a variety of main courses and dessert dishes. Kids can meet Santa at “Santa’s Cottage” and Six Flags displays giant ornaments that project a light show.