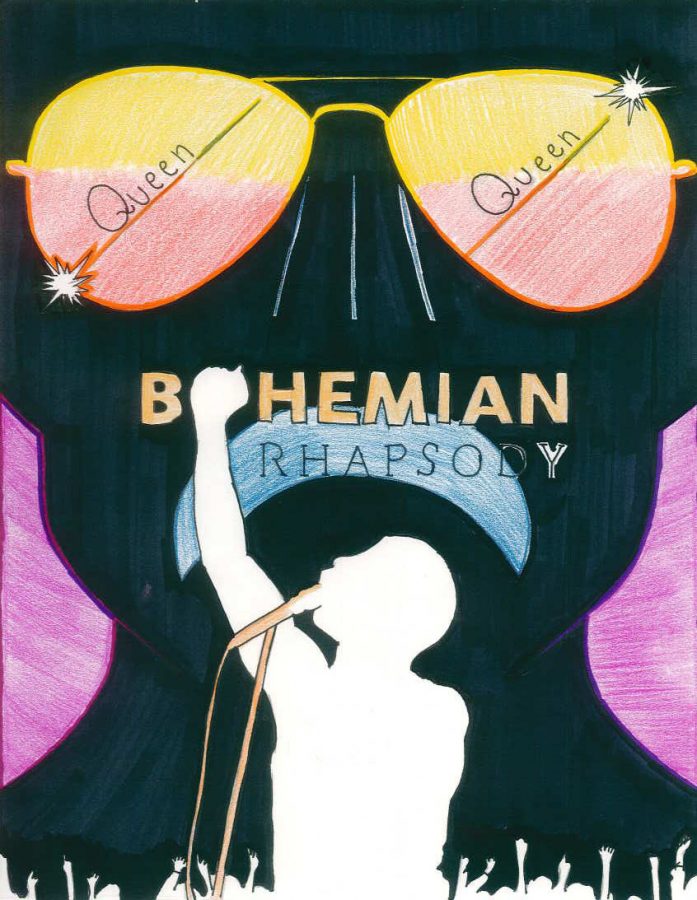 “Bohemian Rhapsody” follows Freddie Mercury, the lead singer of Queen, through his life and the highlights of the band’s career, and it’s honestly a decent movie. Mercury is played by Rami Malek, known for his parts in “Mr. Robot” and “The Master,” who delivered a stellar performance, which even the actual members of Queen thought was amazing.
“Bohemian Rhapsody” is on the longer side, at 2 hours and 14 minutes, and it does get a little slow at times. The movie follows Mercury from the time he joined Smile, the name of the band before they renamed themselves Queen, up until the Live Aid concert in 1985. The movie shows how some songs were made and included some unreleased recordings. However, there were quite a few inaccuracies. For example, Mercury reveals that he had AIDS to the band before the Live Aid concert, in reality that occurred years after.

Some of the most enjoyable parts of the movie were the parts where they recorded music and their performances. Some of the scenes in the movie felt like they lasted a bit too long or were boring, but I feel like the rest of the movie makes up for them.

It isn’t a movie for everyone, but as a music fan, I personally enjoyed it.