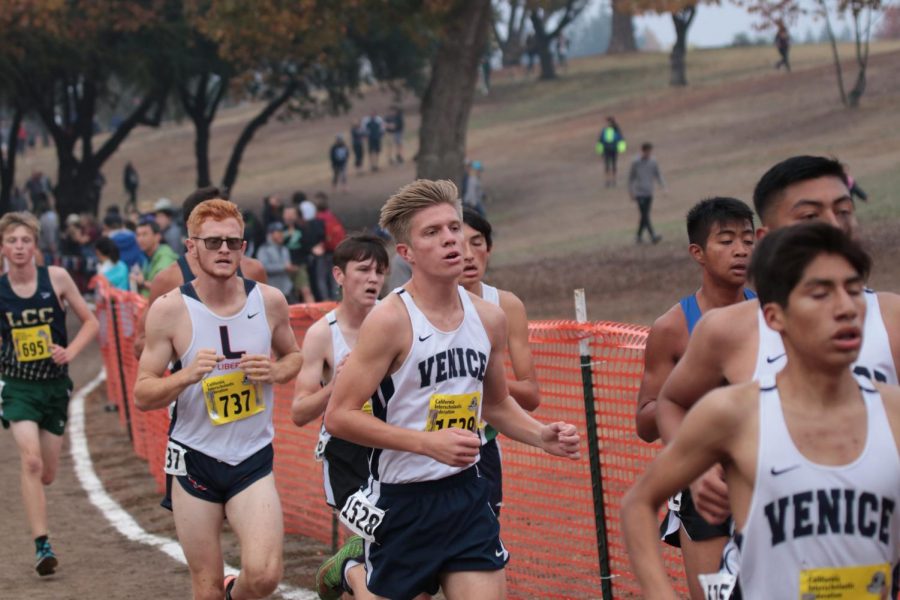 On Nov. 17, the varsity cross country team competed at city finals, winning by 18 points out of 16 teams.

“When I came to Venice and I was a runner here, I was very very proud of being a Venice runner and now that we made history, I am super proud to be a Venice coach, I’ve always been proud but now it’s special,” said coach Vidal Sandoval. “We’re the first ones to make history and no matter what happens in the future, this will be the first team to ever make it to State Division II.”

“We all dreamed of going to state and of course you need to work hard,¨ said Hernandez, ¨you got to give everything you got, and like Coach said you gotta believe that you can do this, and we believe in each other. It took time and we did it.”

The girls varsity team placed third in the city this year, led by Andrea Gallardo. She came in third overall in the city and also qualified for state. Estefania Flores and Adali Fuentes came shy of qualifying for state, placing ninth and 10th, but needing to place eighth or lower.

Next year the boys varsity team looks forward to defend their title while the girls varsity team seeks to make a run for the city title.

“It’s, like, probably the best way to finish my cross country season at State,”  said senior Israel Lopez, who will run in college. “It was the best way to go out, it’s an accomplishment just making it there. Hopefully the boys make it back next year.”

“Thank you to Mr. Daniel Santos, Mr.Gabriel Griego, and Mr. Richard Valerio for their hard work and assistance of putting together the logistics to make this trip possible,” said Sandoval.