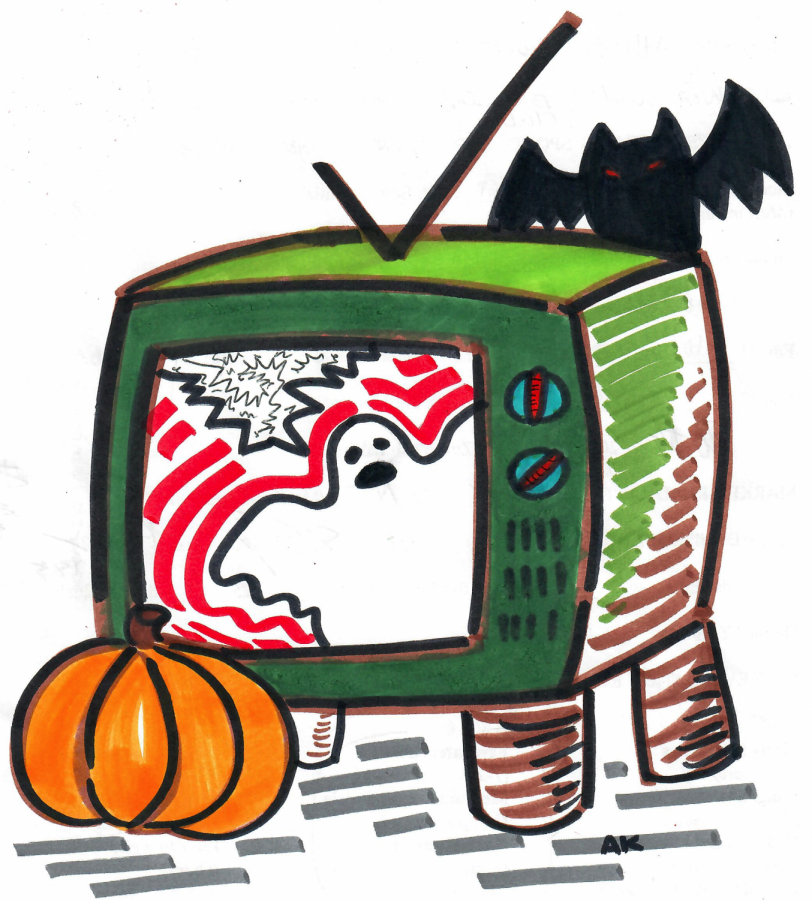 Some handpicked horror movies to watch this October!

After moving to Salem, Massachusetts, teenager Max Dennison explores an abandoned house with his sister Dani and their new friend Allison who Max is trying to impress.

Max accidentally frees a coven of evil witches, sisters Winifred, Sarah and Mary who used to live in the house. With the help of a hilarious talking magical cat, Thackery, who was transformed by the witches. The kids must steal the witches’ book of spells to stop them from becoming immortal.

“Hocus Pocus” is a film you can watch with friends and family since it contains comedy or if you’re ever in the mood for a little spookiness.

If you’re into witches, goblins and ghouls, then this  movie series would be the one for you.

The saga begins with Marnie and her siblings following their grandmother home to “Halloweentown” and finding out they come from a family of witches and ends with her embracing her powers as she attends a university.

“Halloweentown” is an all time favorite Halloween movie that many people enjoy watching. Three other movies follow the original .If you haven’t watched this saga, then get your bag of popcorn turn on your television and get going, Halloween is here.

Casper is a kind young ghost who peacefully haunts a mansion in Maine. When specialist James Harvey arrives to communicate with Casper and his fellow spirits, he brings along his teenage daughter, Kat.

Casper quickly falls in love with Kat, but their budding relationship is complicated. His troublemaking apparition uncles and their mischievous antics make it harder to be with Kat. Casper is a memorable character for all ages and is a great movie when it comes to expressing your inner child no matter how old.

With an arranged marriage between two families looming, the soon-to-be groom nervously runs away into the forest as he ruined the practice ceremony many times, even setting his future mother-in-law’s dress on fire.

As Victor practices the vows in the forest, he places the ring on what he assumes to be a branch, but soon horribly mistakens that he has proposed to a corpse, who dead serious on making sure the two marry. Despite the “Corpse Bride” being about death, it also is a good movie to watch during Halloween, especially with a significant other.

This movie gave me the chills as a child. Three children: D, Chowder and Jenny discover that the neighboring house is actual alive and that the resident inside has something to do with why no one will step foot on the property. The film focuses on the three youths as they try uncover the dark secrets of the house in hopes of destroying the evil spirit by Halloween so no one is eaten alive by the “monster house.” If you want to flash back to a time when a movie made you shake as a kid, then this is it.