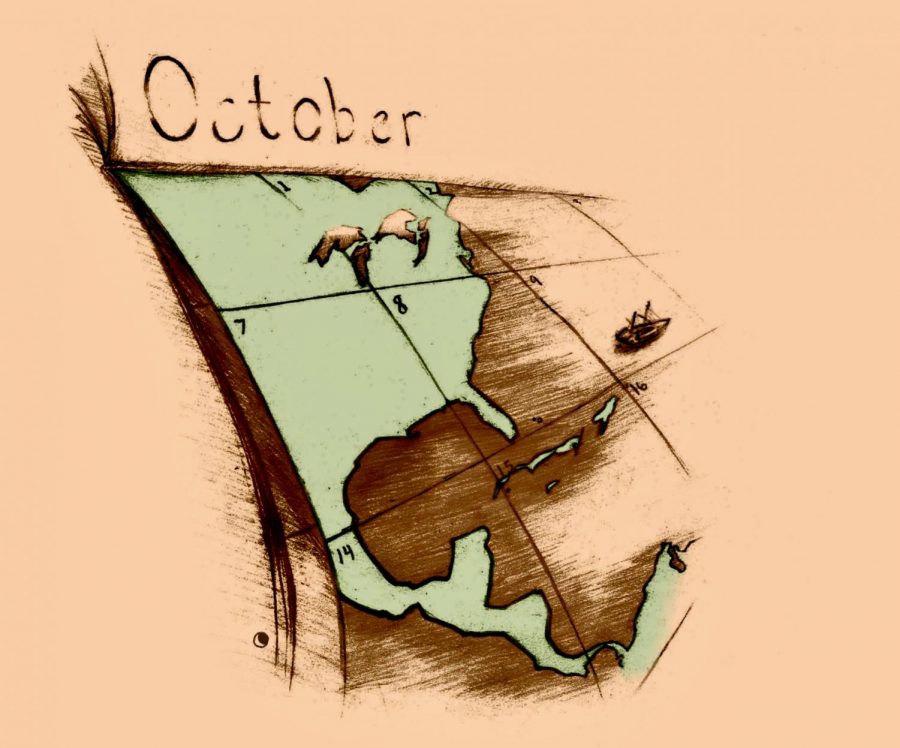 For years in our history classes, we’ve been told Christopher Columbus discovered the continent of America. He was originally heading for Asia but he decided to sail along another route, deciding it would be less time-consuming. Columbus headed west instead of sailing around the African coast and from there, he landed upon the coast of the Caribbean near Cuba. He believed that he had arrived at India and labeled the native people as “Indians,” treating them less than humans.

Columbus allowed cruel treatment to the indigenous people of the land, his journals being evidence to the unjust behavior towards the natives. He enslaved many Tainos and sent thousands back to Spain to be sold if they were still alive, according to an article on Columbus controversy at history.com. Christianity was forced onto the natives, as the colonizers believed that the practice of polytheism was too unruly. Along with many other grisly factors, incurable diseases were brought to the land and caused a high death rate among the people.

Due to smallpox and diphtheria, strong hunters who brought food back to their families were the first to die, leaving villages vulnerable with little to no protection or food, according to the article on the controversy about Columbus. Those who tried to change the way they were being treated were killed and their bodies were used as a warning to prevent any more rebels from resisting. While Columbus did start the explorations of other parts of the world, it does not excuse the many innocent lives that were stolen for the selfish goal of claiming new land and discovering wealth.

Today, many people from all over the country are joining together to completely change Columbus Day, which is on Oct. 14, into Indigenous Peoples’ Day. It’s a quickly growing movement that honors the culture and the people who lived in America first instead of the covered truth of what really happened on Columbus’ journey.

By joining in on educating the population on Indigenous Peoples’ Day, we can focus on what’s really worth celebrating. You can respectfully appreciate the culture by researching about the history of Native Americans or getting information yourself, if you know someone who is Native American. Participating in parades or rallies for native people can help you become more open-minded and inspire you to speak out about the inequity that they face.