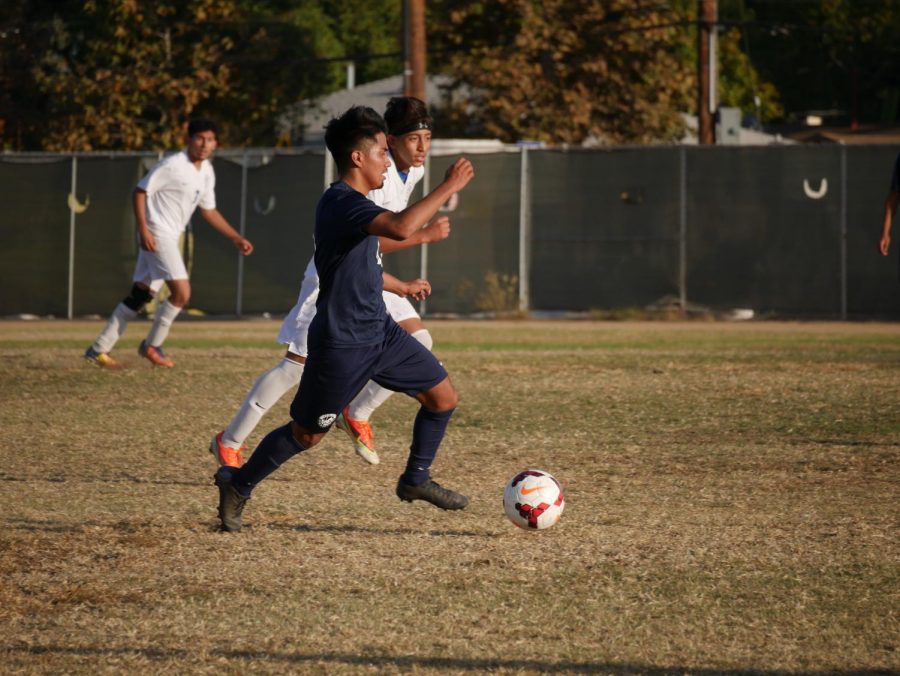 The Venice boys soccer team is working to improve this season. With just three league games so far, the boys won their first game but sadly came up short with their last two. In their recent game against Palisades on Dec. 5, the team got slaughtered with an ending score of 10-0. Their current league record is 1-2. They took a 3-2 win against LACES on Nov. 15 and lost to Fairfax on Nov. 30 2-0.

The team seems to be struggling with unity, according to varsity coach Ivan Gomez.

“We’re having practice every day and I’m talking to the boys to try and motivate them,” said Coach Gomez. “I’m waiting for everything to come together.” Last season, the boys made it to the first round of playoffs before getting knocked out by Roosevelt High School.

Yearning for a hopeful season, the boys plan to work together.

“Pali is the team to beat,” said right defender Elvin Canseco. “We almost beat them last year but fell short.”

Last year the team came close, losing to Pali only by a score of 1-0. This year’s score proved to be disappointing toward their initial goal to beat them. They will face Palisades again at home on Jan. 23 at 2:30 p.m.

“We got a couple of new guys this season,” said Coach Gomez. “I think they are only going to make the team better.”

For some of the other players, this will be their last year wearing a Gondolier uniform.

“I feel bummed out because I love the sport of soccer, but I’m going to try and make the best out of it,” said striker Oswaldo Sanchez.

“I have quite a few seniors on the team,” said Coach Gomez. “It’s going to be hard to replace them next year.”