The Danger of Charter Schools 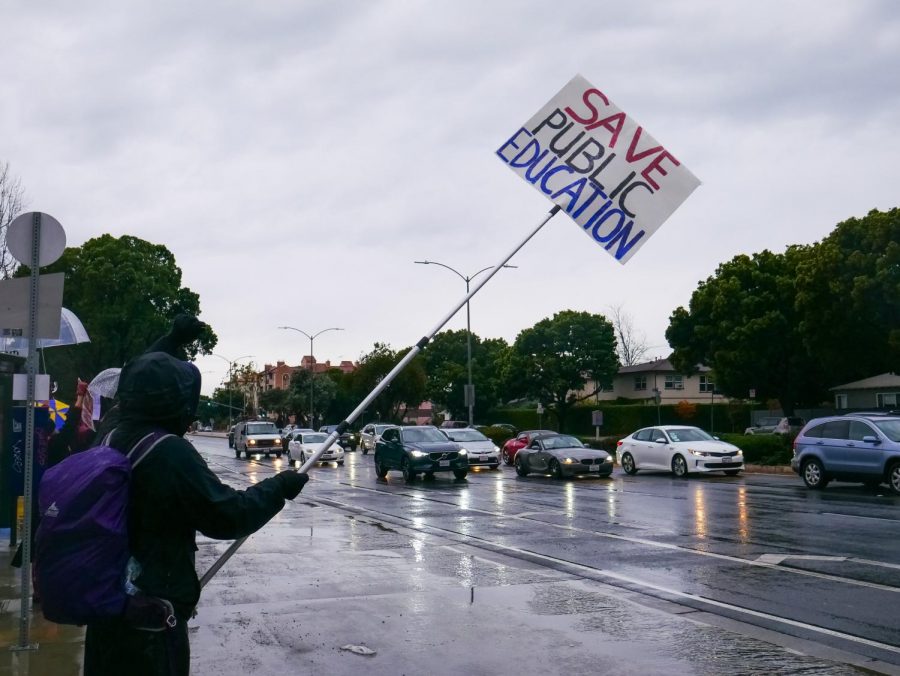 Many passing cars honk their horns to show support for the teachers' strike.

During the United Teachers of Los Angeles strike, teachers have focused their attention on the negative effects that privatization has on public education. Privatization refers to the idea of moving services provided by the government to the control of businesses. The same can happen to public education. Public schools are controlled by the school district, while most charter schools are controlled by independent organizations: Ánimo Venice Charter High School is run by Green Dot Public Schools, LA Promise Charter School is run by LA Promise Fund. These charter schools have less oversight, but still get funding from the district.

“What we’ve seen in this country and this school district is a dis-investment from public education,” said Soni Lloyd, a Venice teacher and Co-Chair of UTLA at Venice. “So the District gets money from the state and doesn’t spend it on its own public schools, on its own students. We have a leadership that’s intentionally starving public schools to achieve an agenda of privatization, which is turning public schools over to the private sector, so millionaires and billionaires can make a profit off of the backs of students.”

Junior Thomas Koon, president of Venice’s Student Activism Club described the privatization of public education as a real threat. Some cities like New Orleans have more than half of their schools run by independent entities. Though, in 2018, California lawmakers passed Assembly Bill 406, preventing charter schools from being run for-profit corporations. Nonetheless, charter schools can still be run by non-profits and other private organizations at the expense of the public. The movement to privatize education continues to expand, threatening teachers and students.

Charters are run in a manner separate from district schools and teachers are treated more like replaceable employees, so teachers aren’t allowed to join UTLA or a union larger than their school. In some cases, teachers are legally deprived of the ability to join or form a union of any kind. Because of this, teachers at charter schools also have notably poorer job security. Under these conditions, teachers are pressed to work as hard as possible without the freedom to collectively bargain for better pay.

As for the education they provide, charter schools do have higher standardized test scores, but charters are allowed to select the students who attend their school. Meaning, charter schools could potentially choose the best students and reject students who don’t perform as well. Charter schools also have policies in place to mitigate student failure, such as New West Charter School’s policy that does not allow AP classes of any kind. Charter schools enforce policies like these to help students manage all their classes and prevent them from getting overwhelmed. While it is a nice notion, this misguided policy prevents students from making their own choices and learning in spite of difficult circumstances.

Charter schools seem nice on paper, but they only serve their owners at the expense of teachers and students. Public schools, on the other hand, provide all students with an equitable education; students who work hard can go into the challenging classes as they desire while students who aren’t as hard working are still given an education. Teachers are paid for their work and have the freedom to demand change. Public education may not always work as well as we hope it does, but the answer to this is more funding, not less. Efficiency and cost-effectiveness are admirable, but a child’s education isn’t to be played with for arbitrary monetary reasons.