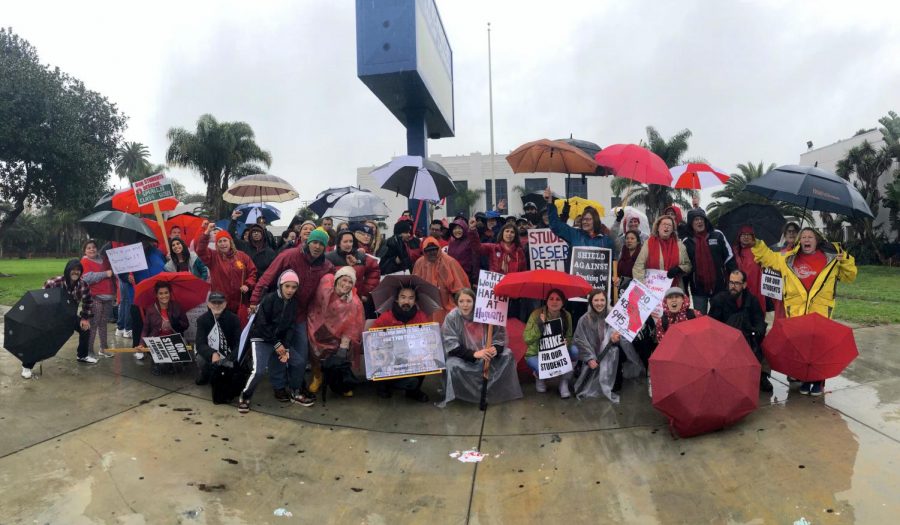 After six days of striking, on Jan. 22, LAUSD and its teachers reached a compromise that allowed the teachers to return to their schools the following morning. The agreement grants Los Angeles Unified Public schools a reduction in class sizes over three years by at least one student per year. It also provides more nurses and counselors, ensures a six percent raise for teachers and many other proposals. The teachers fought a long battle during their time on the picket line.

They first declared a strike on Jan. 10, but decided to postpone it after a proposed legal action, so Jan. 14 marked the first day of their work stoppage against the district. About 32,000 LAUSD teachers and staff members banded together on the picket lines to entice a change for their schools. Many of the teachers and students were fighting for smaller class sizes, higher salaries and more counselors and nurses at most schools.

“I am overwhelmed by the pride and joy I feel at being in LAUSD, united with my colleagues as we take action to improve it,” says English teacher Hazel Witham. “My students and I are tired of not having the resources we deserve. Their needs, their rights are at the core of what we strike for.”

Some classrooms generally hold up to 40 students, which is an overwhelming number for many teachers. This is why many LAUSD teachers, especially those from Venice High, were ready to fight this negligence by invoking change.

While many teachers and students were out on the picket line, schools still remained open for parents to take their children to. With many students supporting their teachers, about 400 students showed up at Venice during the days in which the strike commenced, and these numbers continued to drop as the strike continued.

Because of the low attendance rate across the district, LAUSD lost a lot of money last week. According to LAUSD Superintendent Austin Beutner, the district lost $15 million during the first day of the strike.

The students who were still going to school sat for hours in auditoriums or spaces that weren’t their classrooms. Even with LAUSD’s futile effort of hiring approximately 400 substitutes and 2,000 administrators, many students felt as though school was a waste of time during the strike.

“We don’t actually do school work, so there is no point in coming to school,” said junior Derek Udeoji during the strike.

“I am afraid of my attendance being impacted, so I need to come to school,”said senior Shashine Nnachetam.

On Jan. 11th right before the strike, LAUSD made a proposal that didn’t meet up with the needs of the strikers. The offer would have given the teachers a raise, but the proposal wouldn’t have fixed the other issues many teachers wanted resolved, like regulating charter schools, the staffing level of nurses, and lower class sizes. This agreement wasn’t adequate in the eyes of many UTLA members. The insufficient proposal helped pushed the union to declare the strike.

LAUSD claimed to not have enough money to help many of its schools, but their financial surplus was exposed in a fact-finding report. Currently, the district has $1.9 billion stored away, which caused many strikers to wonder why their proposals weren’t being met.

Many parents, students and teachers want to see a change in their school systems. In their eyes, this strike is the only way that change can be made.

“We will be helping to make a real, lasting, purposeful change in how we prioritize public education in this city, while the rest of the country watches to see how it’s done,” said Mrs. Witham.