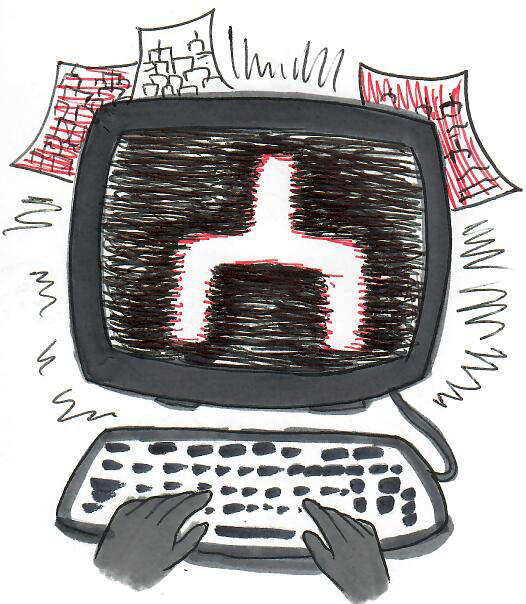 The interactive film, “Black Mirror: Bandersnatch” comes as the most recent entry in the “Black Mirror” anthology series, which was previously just a television series. The film follows a young man named Stefan Butler (Fionn Whitehead) as he attempts to adapt a choose-your-own adventure book into a video game in 1985 London.

As the audience is given control over certain decisions in the story, Butler finds his view of reality spiraling out of control. At significant points in the film, the experience slows down and the viewer is presented with two options which they select with a remote control or other device. Either option has a different outcome and leads the story in a new direction.

“Bandersnatch” finds itself walking a fine line between passive and interactive media. The dynamic between these two halves is not only innovative, but it helps to build the themes of choice, inevitability, and time. Unlike previous Netflix endeavors, this film goes beyond a mere gimmick. There’s a very prevalent thematic value to giving the viewer control over the character of Butler. His father, psychiatrist, boss, and even memories of his mother all force his life into directions he never was free to choose. The audience acts as the ultimate control, taking away Butler’s very will and agency away from him.

Beyond this abstract theme, the whole experience is very well written. Consequences for future decisions are foreshadowed earlier in the film. In an interview, series creator Charlie Brooker said that the writing process for “Bandersnatch” was the most difficult he had ever had, even resorting to creating charts of the story to understand which scene he needed to direct. The hard effort paid off well, with the film eventually spiraling into a surreal and dreamlike atmosphere of paranoia, something that could have easily been mangled. Early exchanges of dialogue foreshadow future decisions and consequences that the audience sees much later. Pieces of advice given to Butler are double entendres that also address the audience.

Over all, the story is well written, control of the main character is a unique storytelling device, and any fan of “Black Mirror” will find the dark tone right in line with the previous entries in the series.

At first glance, “Bandersnatch” seems like a great opportunity to connect with the user, but more often than not, choices don’t significantly affect the course of the story. It’s repetitive and can get slow at some points when you replay through whole sections. A chapter selection screen would really help.

“Bandersnatch” can’t be classified as a video game because you don’t spend hours investing yourself in the character’s narrative and it can’t be classified as a movie either. This leaves the audience feeling quite empty when it comes to the end because you don’t feel satisfied like you do when you finish a video game or a movie. Many of the ideas expressed in “Bandersnatch” were quite eye-opening, like when people are being controlled by the government, and they deserved more exploring. But the interesting ideas were often put to the side because the producers wanted the story to be interactive rather than engaging. If you can look past the complicated yet enjoyable interactive aspect of “Bandersnatch,” the story and characters are quite dull.