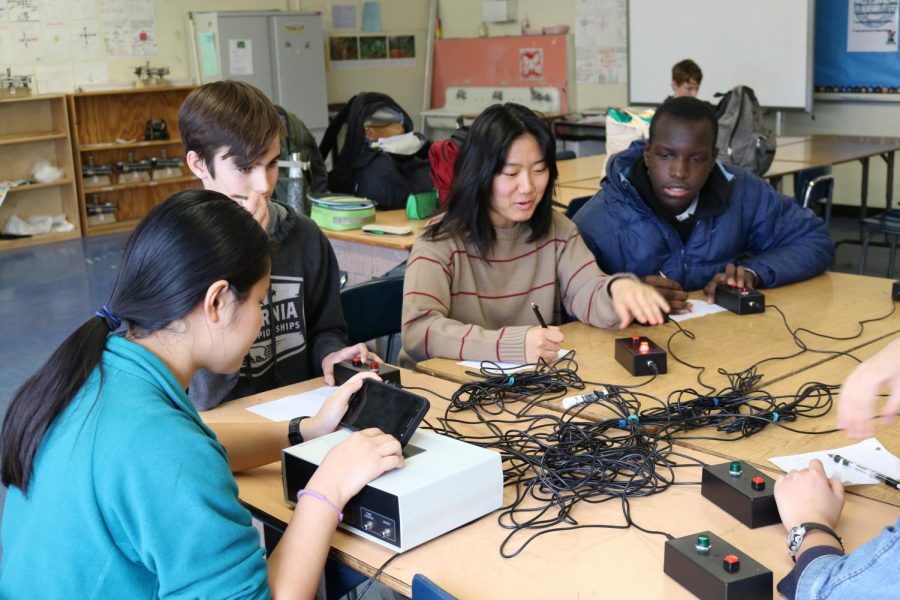 With the Science Bowl coming up on Feb. 23, there is a sense of tension in Mr. Josh Alexander’s classroom as the team members begin the preparation phase they like to call “final panic studying”. After just having scoped out their competition at the pre-Science Bowl scrimmage on Saturday, Jan. 19, Science Bowl team members are excited about their prospects in the upcoming competition at the DWP office in downtown Los Angeles.

At the scrimmage in the DWP office, both Venice’s A and B Science Bowl teams were able to compete with about 47 schools in several rounds of science-related questions that the teams can answer by buzzing in. Going to the scrimmage allowed the teams to make sure they were on track to do well in the real competition. While feelings varied in regards to the team’s performance, captain of the A team, Jenny Chen had the most clear sense of the teams’ performances based on her experience.

“The only part of the scrimmage that was disappointing was the fact that we lost to a team that we could have beaten. We lost because we buzzed in early on two questions and got them wrong, which resulted in a loss of eight points total. In the end, it won’t make much of a difference, because it just means we have to work on listening to the questions more carefully and studying harder,” she said.

“Regardless, I think we all did very well and that we have come very far from where we started. I am especially proud of all of our younger team members who have worked very hard to keep up with the rest of us,” Chen said with a smile. “It is very hard for new members of the team to learn how to compete, and a lot of the questions can even feel like they are written in a different language at the beginning, so it is good to see that our newest members have been doing well despite the odds. We are just excited that people are taking Science Bowl seriously this year.”

Another new development for the team is their new sponsor, Mr. Alexander, who taught for the first time at Venice last year and is doing his best to help the teams during lunch in his classroom.

“I try to provide whatever they need, but there is already an amazing group of kids who have been in Science Bowl for years and are incredibly driven and are able to run the team on their own. Both teams ended up in the top 10-15 of teams that competed at the scrimmage and they still have a month to get ready for the competition. I am just planning on being here for the team and being there when they win,” Alexander says.