Theater Should Be More Accessible 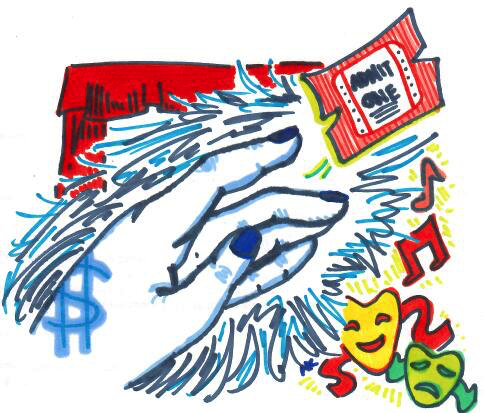 In the 1600s, the theatre had a place for everyone. Tickets to a Shakespeare play went for a wide range of prices that allowed certain tickets to maintain a level of prestige about them. Others were cheap enough for anyone to enjoy as groundlings, even if it meant they had to stand. Today, theatrical storytelling has lost its appeal to the ever-expanding movie industry. The theatre today, although held at a high esteem, seems to be reserved for the wealthy, predominantly white, older, retired people, with not enough room in the nosebleeds for today’s diverse youth.

Theatre revenue in the US has been increasing over the course of the last 10 years and we are lucky enough to live in a country where your nearest theatre isn’t much farther than an hour away from where you are. Still, most kids today would much rather talk about the hot, new movie that they are going to see. A typical teen might go to the theatre once every three years, if their family goes. However, their lack of interest in the theatre isn’t completely their fault.

With the movie industry spending upwards of $35 million per movie on marketing, theatre will have a hard time competing. On top of that, even if you were interested, chances are, you are competing with thousands of other interested people for tickets. As a result, prices to the show might be three to four times the prices of any other show. With tickets to this week’s “Wicked” ranging between $200 and $500, there’s no chance they could compete with the price of movie tickets. As a result most kids have an easy choice when it comes to choosing between a movie or a play.

Marino was lucky enough to see and act in many plays and musicals in his lifetime, but he is worried that one of the most important artistic realms in the world is losing its connection to the people, to the point where it is affecting his playwriting.

“Every time I am at the theatre, I try to do an informal demographic check, because, whether I like it or not, I know that if I ever want to get a play off the ground, those are the people who will have to be on my side,” said Marino. “Still, I do my best to make my shows appeal to all ages and all ethnicities, by moving away from the “Great White Way” of Broadway because I believe that everyone should be able to experience the beauty of the theatre.”

You can still, easily experience the beauty of the theatre and at an affordable price. If you are looking for a cheap way to see a good show, you can head down to your nearest high school, college, or community theatre production and show your support for the actors in your community like the ones at Venice High. You can also look out for afternoon matinee shows or check Goldstar for discounted tickets at your nearby theatre to save the most money. Theatre-going is an important art form that needs to be fostered, so you should enjoy the opportunity to live in such an important city for theatre and support the stars who live among us.