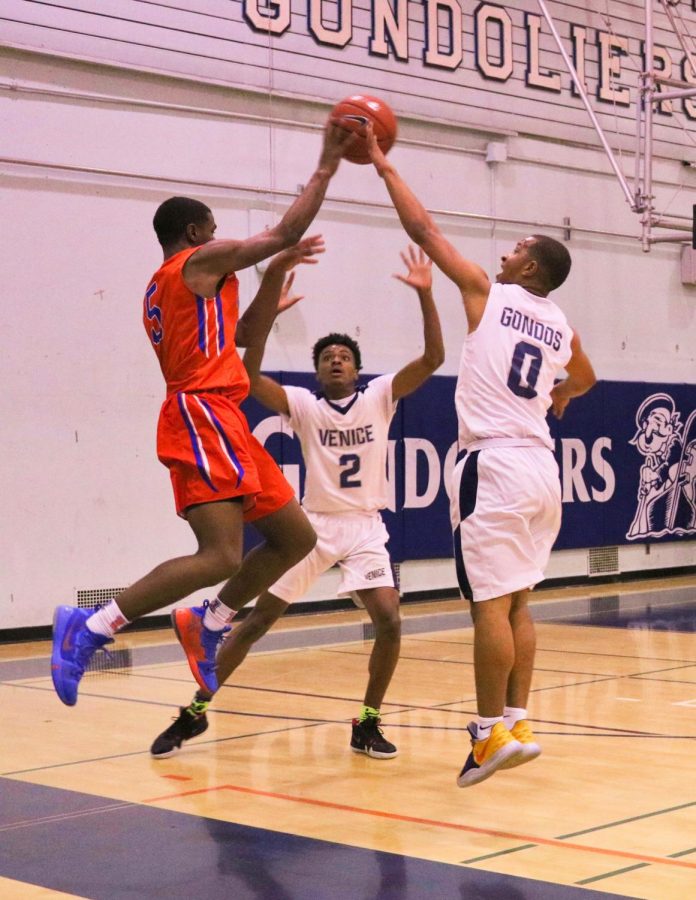 The boys varsity basketball team lost a week of practices and games that started on Jan. 14 due to the teacher strike, playing five games in six days. They had to practice harder in a little time to get back on track for the upcoming games.

As they have been trying to improve their season, team members said they are still looking to strengthen their communication on the court. They’re also trying to keep their intensity high throughout the whole game.

“The season is looking good, we have come a long way from what we used to be,” said senior Daryl Tate.

Eight seniors were recognized for their senior night pregame at their last home game on Jan. 29. Sadly, the boys lost to Palisades 56-42. They were up by a few points at half-time and fell behind during the third quarter.

On Jan. 28, the boys lost against University High School. They were down three with four seconds left in the game. Senior Dion Moore shot the game-tying basket. Unfortunately, the shot did not go in. The boys were very disappointed with the loss.

Venice has had some impressive wins this year. Beating both Hamilton and LACES on a road with dominant second halves. Their defense was fantastic, forcing turnover after turnover.

“The goal for the season is to gather as many wins as possible to give us a higher playoff seed, which will give us a better chance of advancing far into playoffs,” said junior Frankie Sandoval.