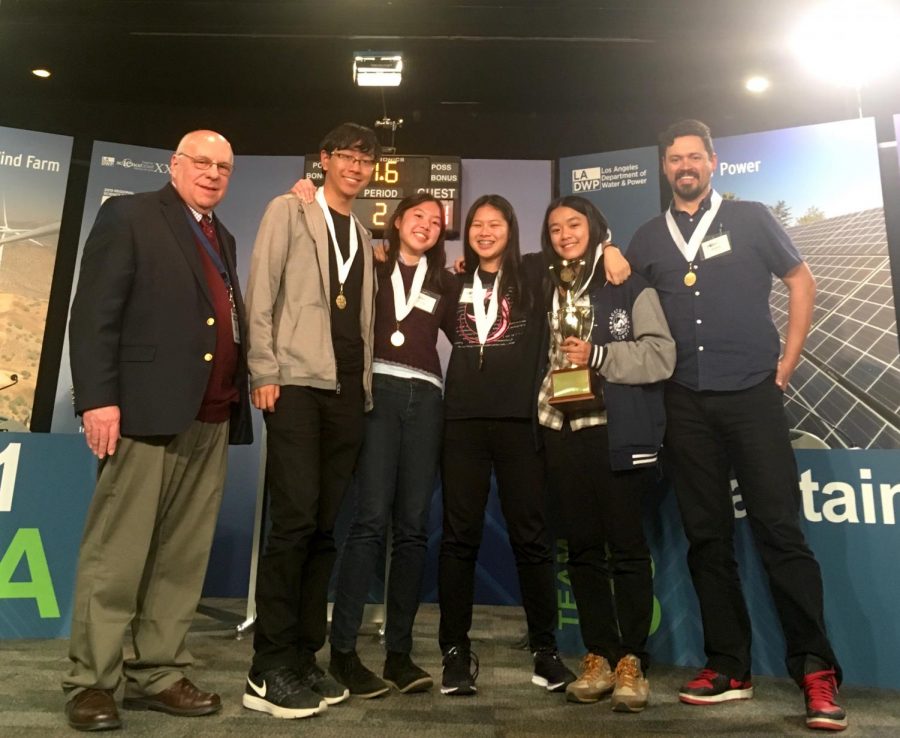 Venice High School’s Science Bowl A team took fourth place and won $1,250 at the Science Bowl regional competition in downtown Los Angeles on Saturday, Feb. 23. The Venice B team also took part in the competition and did well.

“Each round is eight minutes and then there is only a two-minute break before the next round begins and they do that over and over again,” Mr. Alexander said. “Even though they get a 15-minute break here and there, it just ends up taking a lot of hard concentration at once.”

By the end of the morning, the A team was still standing, but the B team did not move on to the afternoon rounds. However, both teams stayed at the competition and cheered each other on. The A team ended up continuing to do well, culminating in a final round on the auditorium stage.

Sophomore Angela Yang, a member of the A team recalled, “It was all very exciting because we got to participate in the last afternoon rounds that took place on stage while the top four schools competed to solidify their final ranking.”

According to various sources, the A team was very excited to be on the main stage, but no one compared to the excitement of senior and team captain, Jenny Chen, who was jumping up and down with excitement.

“This was the first time I have ever been able to make it to the main stage in all of my four years and probably the first time our team has made it in the last ten years or so,” Chen said. “I wasn’t surprised necessarily because we worked very hard and it made sense because we did well answering the questions, but it was just amazing to have been there.”

The B team also had some highlights. Junior Henry Friedman, a member of the B team explained that if you don’t make it to the competitive rounds of the competition in the afternoon, you go to the hands-on competition. This competition involves solving puzzles and building an airplane that can carry two metal washers. Various specifics of the problem-solving process were taken into account in the scoring process and the Venice B team ended up scoring fourth.

Both teams were rewarded with $200 Office Depot gift cards, Science Bowl t-shirts, and medals and a trophy for the A team.

Chen seemed to have more tangible reasons for why the team won. She said, “I wouldn’t say that we ever started practicing at any one point because we had meetings all through the summer. It is just something that the team just really enjoys doing, so it isn’t a problem.”