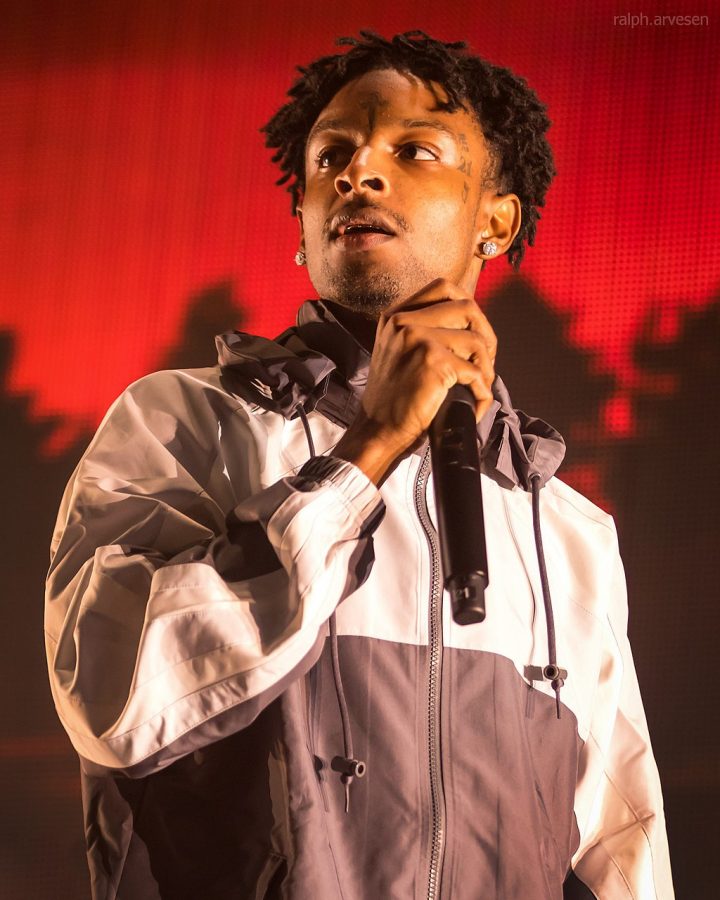 Grammy nominated rapper 21 Savage was arrested on Feb. 3 by the U.S Immigration and Customs Enforcement (ICE) for overstaying his visa, which expired in 2006. The “Bank Account” rapper, whose real name is Shayaa Bin Abraham-Joseph, was thought to be from Atlanta, Ga. but he is a British citizen.

In 2016, 21 Savage came to fame after being featured in XXL magazine as a member of the “Freshmen Class” and later dropping his hit album “Savage Mode.” Over the next few years, the rapper released three more studio albums, was nominated for a Grammy, and has been featured on a Billboard Hot 100 number one song (“Rockstar” by Post Malone featuring 21 Savage).

Rappers around the country reacted to the shocking news. Jay-Z said it was an “absolute travesty.” Other rappers, such as Young Thug and Cardi B have also shown support to the rapper with tweets.

In a tweet on Feb. 4, Record Producer DJ Khaled wrote, “@21savage He is a father, my friend, and a great person who gives back to his community. Bless up!”

Some students at Venice, like senior Koorosh Evagee, have voiced their opinion about what will happen to the rapper.

“I think the people will support him, Atlanta and everyone else,” said Evagee. “He will be freed.”

Since his arrest, 21 Savage was released on bond from a detention center in Georgia on Feb. 13. He is still waiting for a court hearing to determine whether he will be deported or not.