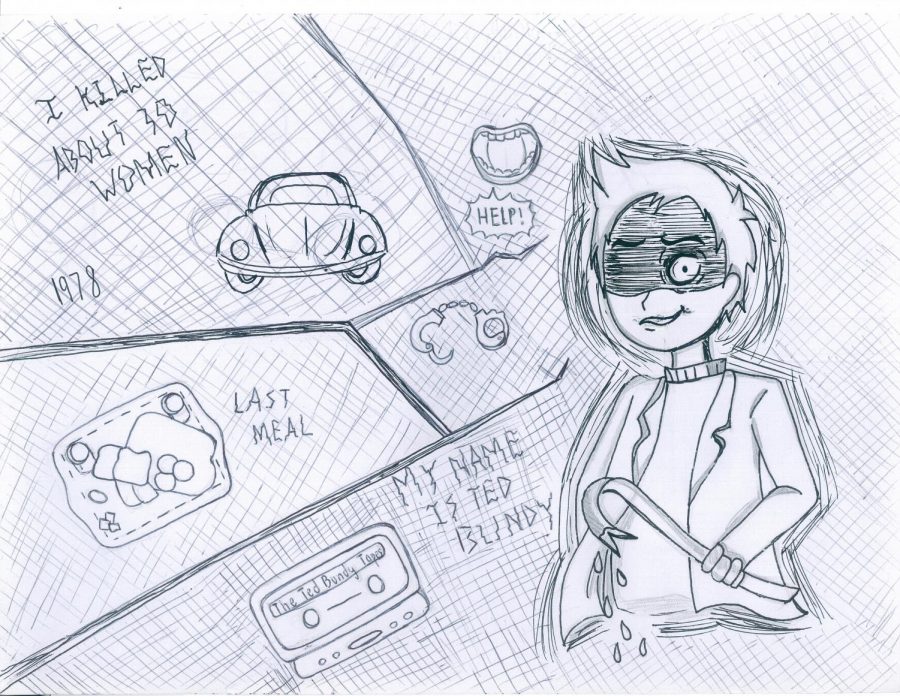 Netflix usually entertains us, but now we’re in for a scare with its incoming wave of crime shows. Netflix Original shows such as “Money Heist,” “I am a Killer” and “Inside the Criminal Mind” have all been trending.

This month, Netflix’s “Conversation with a Killer: The Ted Bundy Tapes” is bringing attention to America’s charming serial killer.

Bundy used his charm to lure women into his 1968 tan Volkswagen Beetle. Then, he would hit them on the head with a crowbar or pipe to knock them out, kidnap, rape and murder them during the 1970s in Florida. He even tried to charm the judge at his first trial.

Before his execution by electric chair, Bundy confessed to at least 30 murders yet the exact number is still unknown. Before dying, he desperately claimed his innocence.

This four-part series digs deep into Bundy’s life, presenting the work of two journalists who tried to get his views on the killings while he was on death row at the Florida State Prison.

The series has a definitive timeline of Mr. Bundy’s life, which is told by the killer himself and uses footage and recordings from the 1980s. This gives viewers an experience as if they’re part of an investigation.

As Bundy talks about his life, he tries to dodge the fact that he committed the murders in an attempt to prove himself innocent despite all the evidence against him.

Knowing that he would not fully admit to the murders, the two journalists tricked Bundy into revealing details of the murders by getting him to speak about the deranged person in the third person.

This documentary series is amazing. Not only does it dig deep into the serial killer’s life but it also talks about how he caused fear throughout the community. It keeps viewers on the edge of their seats as they piece together the evidence against Bundy and his own explanation about the killings. You can feel the suspense.

“I liked it. The series made me feel a wave of emotions such as nausea, suspense, fear and concern as I kept diving deeper and deeper into the serial killer’s story,” commented senior Maria Delgado.

How could he kill all those people? What caused him to do this? How did he get away with the murders for so long and what was he thinking? The answers to these questions throughout the series are spine-chilling.

This series is not for the faint of heart, but it is for those who want to dig deep into the serial killer’s mind.

Currently, there is a trailer for a Ted Bundy movie starring actor Zac Efron.