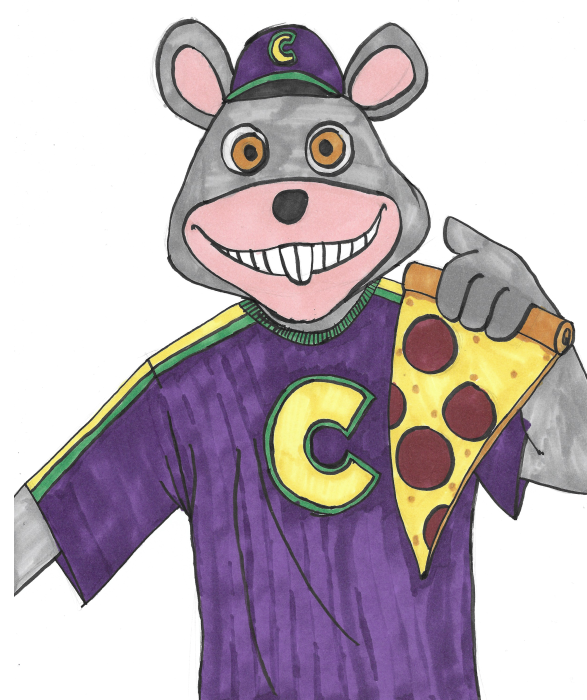 Disclaimer: The conspiracies talked about in this article are solely that, conspiracies. This is based off of Shane Dawson’s Youtube series “Investigating Conspiracies with Shane Dawson” and is not meant to be used as evidence in favor or against the theory.

Youtuber Shane Dawson has put out a conspiracy video on Feb. 11, discussing issues involving Chuck E. Cheese’s pizza. He doesn’t have a lot of facts but he has a lot of views: 25 million.

Mr. Dawson’s conspiracy on Chuck E. Cheese’s pizza has become an immensely focused-on topic. He claims that slices of pizza that customers don’t finish get taken back to the kitchen, are combined with other slices and reheated to serve to the next customers.

In his video, Mr. Dawson visited a Chuck E. Cheese location, where he ordered three pizzas. As seen in his photos, the crust did not line up and pepperoni slices did not continue onto or match the next slice, but unfortunately with his cryptic video theme he could have easily done this himself.

This is purely a theory that has existed for quite a while before Dawson dealt with it, but his video led to Chuck E. Cheese responding on Twitter that their pizza is freshly handmade. Since then, Dawson has recently received a cease-and-desist letter on Feb. 15, meaning that he must stop promoting the theory. Dawson has not responded and he has not taken it down.

With his platform, he should be more careful of what he puts out online. He over-edits his videos, meaning he could easily change things to make his point more convincing, despite a lack of evidence. He provides no statistics, and does not actually interview Chuck E. Cheese workers for their input.

Mr. Dawson is known for his conspiracy and cryptic videos, but he is no journalist and has dangerous power in where he can put such a large company in a vulnerable position where people will no longer eat Chuck E. Cheese pizza. It’s understandable that he is doing his best to stick with his conspiracy theme, but it lacks any professionalism. Just because he is an experienced Youtuber does not mean he is a qualified journalist and he attempts to put Chuck E. Cheese in a bad light.

Whether Mr. Dawson likes it or not, he is an influencer and should be held accountable if Chuck E. Cheese loses business because of his viewers. He has a major following with friends who are just as popular that can spread misinformation. Smaller Youtube channels are also trying to cash in on the wave of popularity.