The Value of Senior Standouts 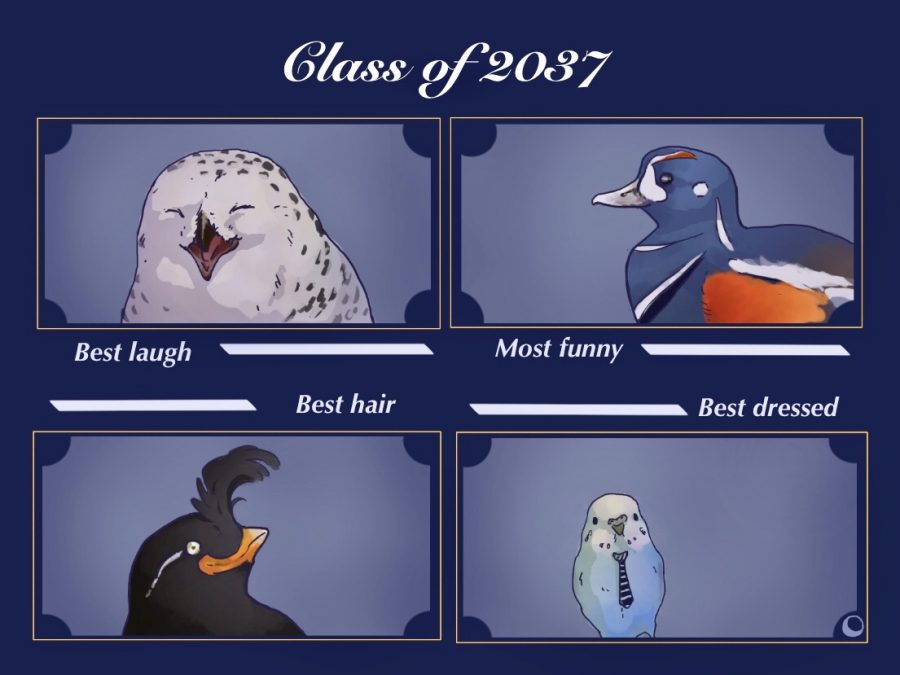 Back before Facebook, yearbooks were the only way to remember people we really should forget, and the awards helped us remember what really mattered (or what mattered to the yearbook editors). But maybe the popular standouts that students voted for were important enough to go down in the history books?

Consider what would happen if we neglected those hard-working  students who spend all of their four (or five or six) years building up their image as “Class Clown” or “Best Dressed.” While other students receive recognition from their school and from colleges for time spent studying or moving up the ranks in a club that helps the environment, what is the recognition that is given to the kids who spend their time trying to be liked by everyone or trying to get proper notice for their “Nicest Eyes?” In addition, how would the world know what Venice values in its flirts if we didn’t include the award category in our yearbooks?

Sure, popular kids are recognized as Prom King and Queen and class president, and they get tons of friends and are invited to all the cool parties. (Not that I am bitter. This is data collected over many years of movies about high school life).

Senior Standouts are a way for capturing the image of the person that you have worked so hard to pretend you are in a single award that will last forever. What would happen to true love if we did not celebrate that moment with “Cutest Couple” the month before they broke up?

In addition, many of the social skills, like communication, that help to make you popular in high school are good practice for life in the real world. You can’t be expected to be able to get a job if you aren’t able to ‘pull up and flex on them haters’ like you are forced to when you are running for the “He-man and Shera” award categories from past Venice yearbooks.

Receiving a senior standout can also boost someone’s confidence enough to help them work towards big dreams, especially if they are popular because they have already proven themselves worthy of doing something that is important with their lives. For example, Michael Jackson was voted “Most Shy” in his high school yearbook, which likely gave him the extra confidence that he needed to become a star.

Other times, the award captures a skill that is so ahead of its time, the common college application doesn’t even have a box for it. Kim Kardashian was voted “Most Likely to Lie about her Ethnicity,” according to the Huffington Post. By doing this, Kardashian was trying to tell us that the post-ethnic world has arrived. Why didn’t we listen?

Since at least 1961, Venice High School has been putting Senior Standouts under majestic-sounding names like Diocletian, Aeonian, or Lankila Hall of Fame. Sadly, some of the most persistent awards are now extinct, such as “Best Wolf,” “Best Vamp” or its plastic equivalent: “Barbie and Ken.”

Winners have also made sure to take the time-honored poses, for example, “Most Talkative” (posing with their hands over their mouth) and “Best Sense of Humor” (almost always posing by hanging from a tree) for 20 years in a row.

But the biggest reason to keep these awards is that they do offer us mostly harmless fun in turbulent times. Many superlatives have survived social turmoil, political divisions, riots and unrest, and even the breakup of One Direction.

They are a silly way to celebrate this tiny bubble of high school right before we are forced to face the real world. And maybe, if you are lucky, your grandchildren will end up with heads tilted and eyebrows cocked as they scrutinize, with confusion, some inside joke you chuckled at with your friends once, when they uncover your old yearbook.