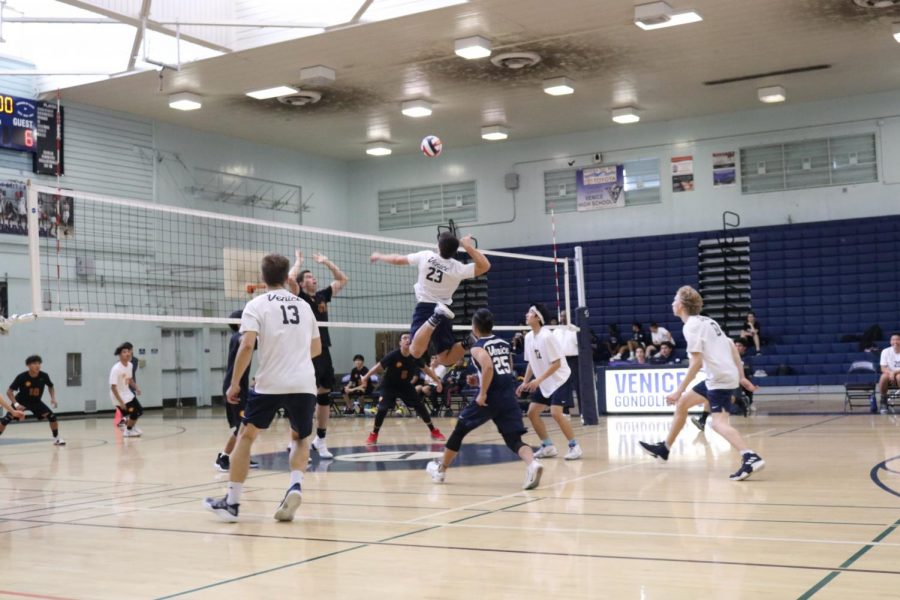 The boys varsity volleyball team started their 2019 season against Narbonne High School on Jan. 25, winning three sets to none. Last season, they finished with a 25-16 overall record, ending in a semi-final playoff loss to Bell High School.

They are currently 8-2 overall and undefeated in league at 2-0 .

“We started out a little slow since it was our first game of the season, but we were able to find a rhythm by the second set,” said junior Patrick Buckley, talking about their game against Narbonne. “We showed a lot of promise, but we still have things to work on as we didn’t serve as well as we wanted to.”

The boys varsity volleyball team won their most recent game against Poly High school  on March 9 two sets to none.

“We played well and tried to win from the service line, which is something we wanted to strengthen recently,” said senior captain Ethan Smith. “The team is working towards earning a spot in Open Division and working hard during practice every day.”

The boys varsity volleyball team plays their next home game against Palisades High School on Wednesday, March 18 at 4:00 p.m. in the West Gym.