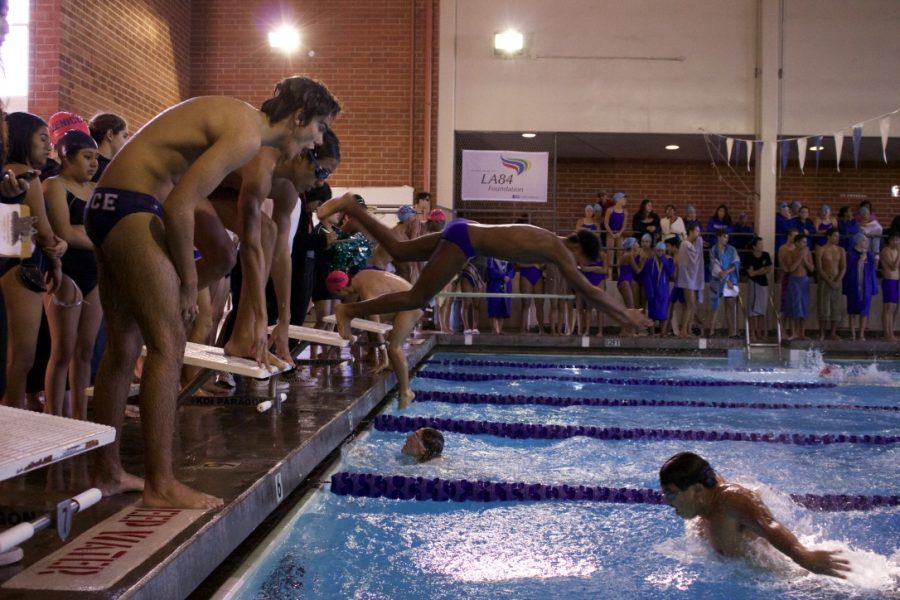 As the girls water polo season comes to an end, the swim and dive season begins.

The swim and dive team is led by Coach Sophie Sabbah and Coach Hunter Gawboy. . They practice every day from 2:15-4:30 pm in the indoor pool. This year’s team has a total of 90 people, both swimmers and divers similar to last year’s team. Last year, 17 swimmers made it to City Finals and seven made it to State Finals, while three Venice swimmers broke records.

The team is working hard to make it far this season, which includes 44 events. Apart from wanting the season to be great, “everyone looks forward to leaving school for away meets,” said captain Daniel Escajeda.

Venice had a tri-meet against El Camino Real and San Pedro High School. Although the meet ended early, Venice was successful and won.

On March 7, Venice had an away meet against Cleveland High School. The team had to forfeit because their bus didn’t show up. On March 4, the meet against Crossroads High School was cancelled due to miscommunications.

“I’m looking forward to becoming better at my stroke and winning the most meets we possibly can,” said Maggie Sanchez. “That would be cool to experience my last year as a senior.”