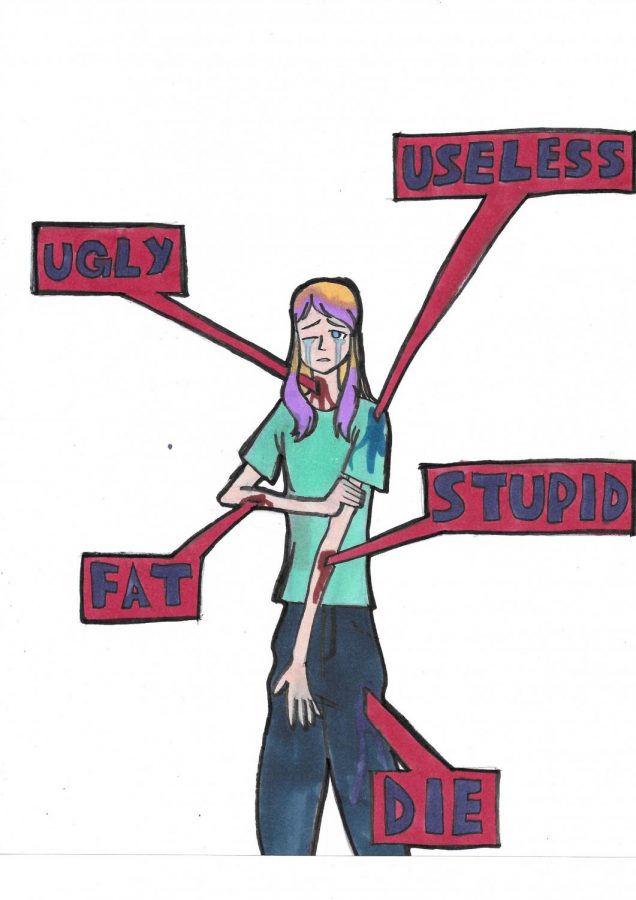 There is no shortage of cynicism, anger or angst in the teenagers of today. A more interconnected online culture is used by critical students more and more. High schoolers find it easier to pass judgment on others than ever before.

This mixture of emotions and technology has, since about 2014, given way to an internet “Cringe Culture,” which mocks all those that do not conform to a strict standard. Ridicule, parody and cyberbullying are not foreign to students on campus, but it’s always difficult to point fingers at a bully because sarcasm, irony and playful jokes blur the lines between intentional harm and misunderstood humor. There is no humor to such cruel remarks; if you can’t say these things to someone’s face, don’t say it at all.

Cringe Culture is an internet phenomenon where easily targeted groups are mocked for being different. This can include young children, people with special needs and people who are very eccentric.

All online social interactions have a level of anonymity to them. For students who act as themselves online, they open themselves up to harassment from any unknown source. It’s always difficult to bring cyberbullying up with students because the answer to them is simple: “Just turn off the computer.” While it a reasonable response for the internet, disrespectful behaviors online empower more harassment in the real world. Habits that someone has on the internet gradually begin to impact the way they see daily life. Tendencies from the virtual world carry over to the real world.

More and more, that internet culture of cynicism and anger influences students. Personally, I’ve heard many students make jokes at the expense of students and defend themselves by claiming that they’re “satirical” or not being serious. Even from fellow classmates, offensive terms like “r*tard” and “autistic” are used to insult others for simple mistakes or errors. I’ve heard students called r*tards for forgetting what the name of an assignment was and students called autistic for stuttering in front of their class. Though these are interactions between friends, they reinforce the idea that special needs students are less than or more awkward than “normal” students.

Other times, these insults can be used against people who are negatively affected by them. Referring to students in an offensive manner can still make them feel devalued or disliked, even if there’s a veil of sarcasm to it. These remarks are still hurtful.

We, as a student body, should accept other students for who they are. Just because some students may be different from ourselves, that isn’t inherently bad and isn’t something to focus on. All the students of Venice are more alike than different, so laughing at other students for their differences is disgusting and rude.