Tuning in to Jenny Chen 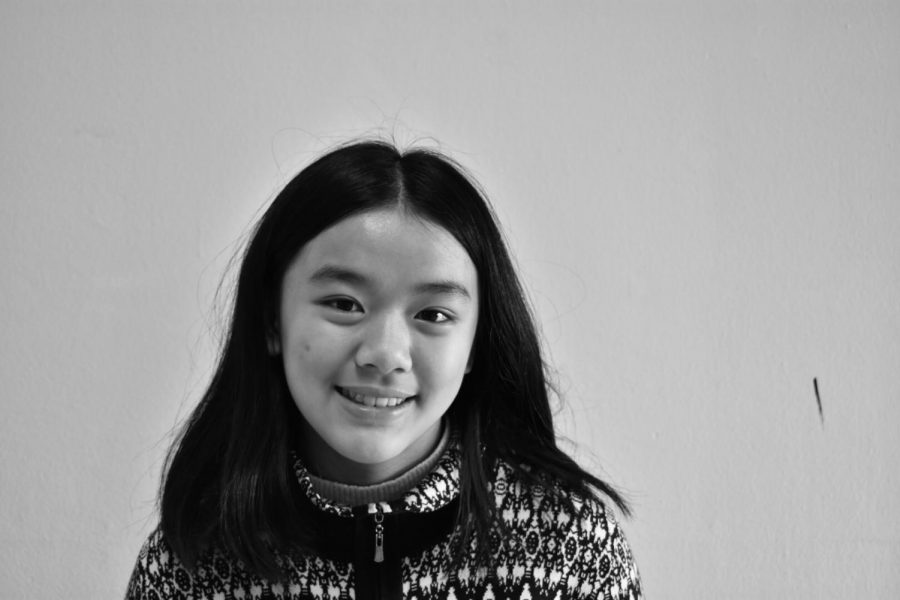 Meet this year’s valedictorian, senior Jenny Chen. Not only is she academically successful, but Chen is also a multitalented student who is a musician and writer.

Who do you aspire to be?

“I hope to be someone that takes their own life experiences and uses them to inspire others, so specifically I’m interested in becoming a writer when I’m older. To write stories for other people to read and to help others understand themselves a little bit better because it’s not all about me.”

What do you do in your free time?

“In my free time, I go online and browse Quora, even though it’s a bad habit. And I like taking walks sometimes and during lunch, I like playing guitar on my own, learning Spanish studies. It’s pretty cool, and I like it.”

What do you think is your biggest struggle?

“It’s kind of like figuring out how to balance being outgoing with getting hurt by people. Also having big hopes and failing to realize those hopes and finding a way to keep on going, even if you fail, which is not a bad thing because it shows what you need to improve. It’s very difficult because you need to figure out who you need to be. ”

“Figuring out how to manage myself, just growing over these four years. Understanding people that are totally different than me and understanding myself better as well. That’s most meaningful to me.”

Where are you going to college?

“I have decided to commit to UC Berkeley, and they have accepted me. I find biology very interesting because I don’t know as much as I’d like to. It’s the science of life and the human body and living things. You can manipulate it to directly change and better people’s existence. And because of that, I want to major in neurobiology and minor in creative writing and maybe minor in psychology which is obviously the nervous system. And as far as writing, when I was taking all of these writing classes in high school, I realized there’s a lot of power in writing.”

How do you feel about being valedictorian?

“To me it’s really just another number, though it is pretty cool, but I don’t think it’s that important because there are other people that don’t have good GPAs that are very accomplished, you know, and only because of circumstances in their lives that prevented them from getting as good grades as me and taking as many AP classes as I have. So in some degree, it represents my hard work, but it’s only one part of the picture.”

Where do see yourself in 10 years?

“I’m hoping to attend medical school after undergraduate school and to learn and take my interest in life science and use it to help people around me for it to be useful to society.”