Will You Go to Prom with Me? 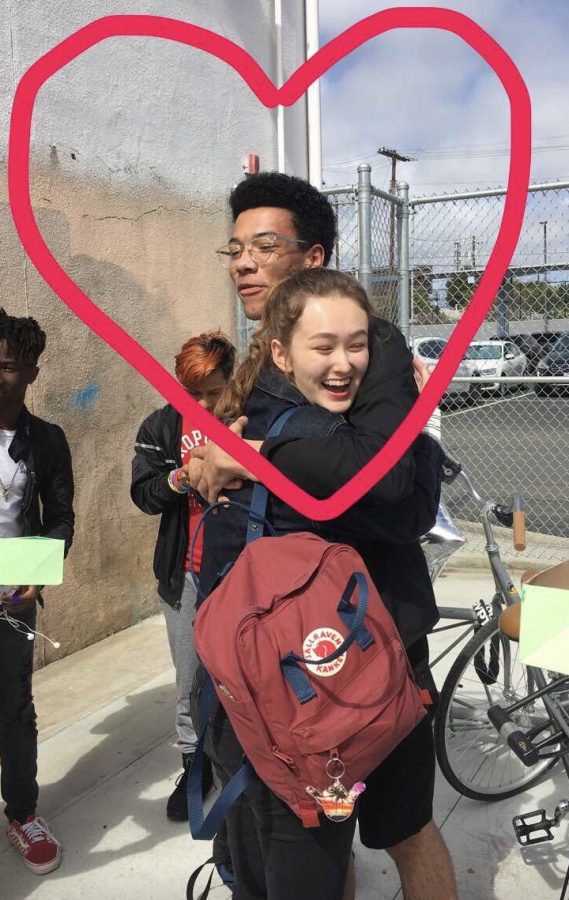 With prom coming up next month on May 18, students are rolling out the promposals.

Tyler Stoner’s promposal is one for the books. She had senior Jalen Greenberg embark on a scavenger hunt, in which he had to follow the clues on Stoner’s homemade chocolate chip cookies to find the next person with the helpful treats. Finally, Greenberg was surprised with a giant cookie that said “MORP?”  on it. Jalen said yes to the promposal.

“The outcome was pretty fun; it was definitely a memorable experience. The steps I had to take had to be absolutely perfect,” said Stoner.

Choir members Andrew Castor and Caleb Wade pulled off a double promposal for both of their dates. Both Wade and Castor promposed at a three-day San Diego field trip with choir on March 31, the last day of the trip. They proposed with a musical performance for Zamara Clark and Mya Edwards with Wade. As Wade sang while playing the ukulele, Castor brought out a poster in front of the other choir members.

They had given up until the next day. Castor asked a mom who was on the trip to take him to buy new poster boards at Target. While at SeaWorld, Castor and Wade asked the choir to sing a song next to the penguin’s area. The boys popped out with the poster and asked them; Clark said yes to Wade, and Edwards said yes to Castor. After all of that, they got dinner afterwards and to top off the night, they came in second in the singing competition.

“I am happy to say I’m going to prom with one of my best friends,” said Castor. “It was a fun experience. It was out of my comfort zone. I’ve never done something like this. It was that much better with all my friends around when it happened,” said Castor.

“We were at SeaWorld and friends started bringing me to where the penguins were and told me that we were going to take a group photo,” said Rose. “I was in the front of the choir and that’s when people started filming and singing a song that I knew. The song She’s So Beautiful- by Bruno Mars was playing in the background, and Caleb came out all smiley. I looked to my right and see a prom sign.  And of course I said yes. And went up to him and we hugged. He also got me a strawberry Starbucks drink and food. Which is always a plus. Overall it was really exciting, especially because i really wasn’t expecting it to happen.”