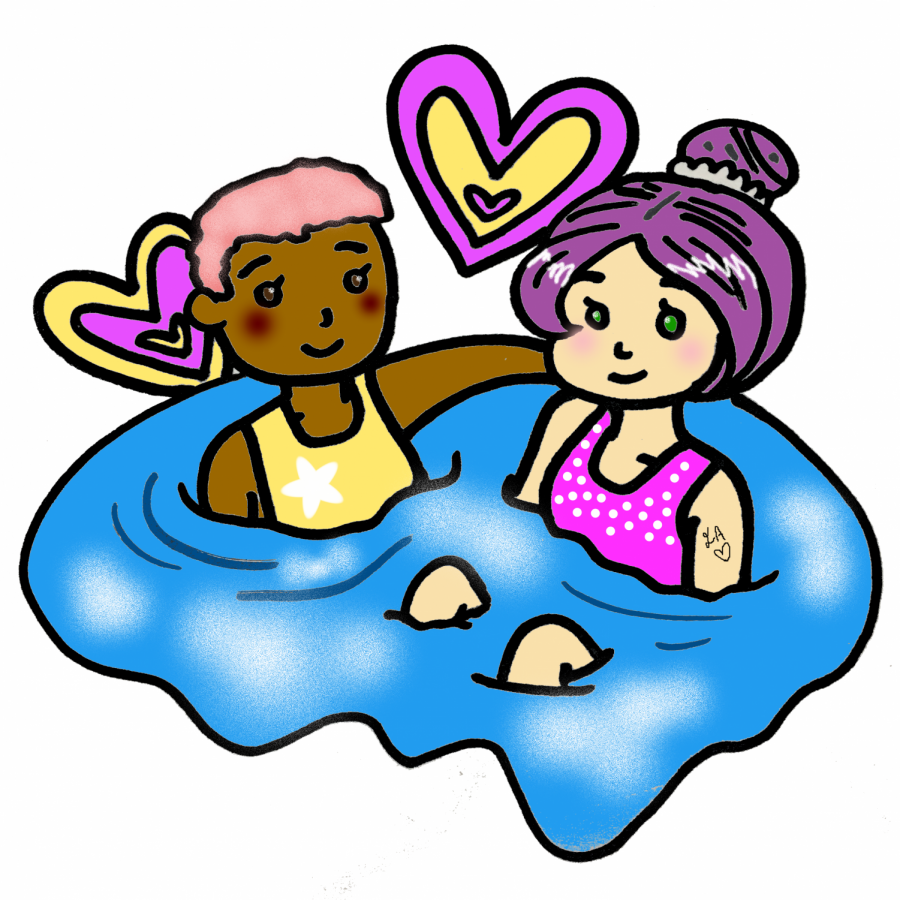 The Nation of Islam and The New Black Panther Party, both black nationalist groups, advocate against mixed race relationships. According to the New Black Panther Party, as reported by the Southern Poverty Law Center, those who condone and participate in mixed race relationships are the “modern day custodians of Uncle Tom’s Cabin.”

To say that people of color are only in relationships with white people because they hate themselves and think whites are superior to them is an extremely reductive perspective. To sources like these, the compatibility of two people of different races is impossible because of their history. Minorities are still overwhelmingly affected by discrimination and racism of the past, but their choices in romantic partners are still their own and shouldn’t be belittled by pseudoscientific claims. Minority groups are still people who seek love, companionship and trust, just like any other person.

“I am currently in a relationship with a white girl, and I am apprehensive about it due to how I know the black side of my family feels about white people,” said senior Jalen Greenberg. “I feel if I were to formally introduce her to my family, that she would be heavily criticized and that would hurt me.”

Greenberg’s relationship is like most interracial relationships: they are an ordinary couple who started a relationship for ordinary reasons. When this young attraction is criticized by friends, family or organizations, it puts a strain on the couple and can separate people, something that Greenberg is not unfamiliar with.

Greenberg said, “I am half black and half white, my dad being white and my mom being black. When I was born, my dad’s side of the family completely disapproved of him having a child with a black woman, which led to severed connections between me and my family. There was a similar disconnect between me and my mom’s side, although they were more subtle in their disapproval.”

To defend the white partners of black and brown people, it is redundant and straight out disrespectful to say they aren’t capable of loving a person of color. For all the sacrifice, cooperation and love that’s required from both parts of a relationship, saying that a white partner has no feelings beyond the desire to control is the highest insult.

The view that these relationships uphold racial supremacy is also contradicted by history. For much of American history, it was illegal for people of different races to be married. Only as recently 1967, the Supreme Court case Loving v. Virginia made interracial marriage legal on the federal. When this case occurred, it was hailed as a much needed dismantling of racist policy.

Former Chief Justice Earl Warren said, “The fact that Virginia prohibits only interracial marriages involving white persons demonstrates that the racial classifications must stand on their own justification, as measures designed to maintain White Supremacy…” The ability of whites and nonwhites to marry one another was a break with America’s racist past, in an age that expanded social and political rights.

Ideas like these, where love cannot be free of racial constrictions, must be abolished. Why is it seen as impossible for a white person to love a person of color and vice versa? These opinions aren’t better because of political affiliation or the straight-out racist language being dressed up in jargon common among activist circles. While it is important to analyze the power structure between white and non-white, we must realize that race is completely arbitrary and anyone has the capability to love anyone else.

Denounce ethno-nationalism of any kind. The perpetuation of racism must be ended, since the racism against non-white people cannot be undone by racism against white people. This vile past can only become right when we see all people as equals, not as simple members of a race who have some kind of instinctual or societally ingrained self-loathing. No matter what color two people are, they should have the ability to love anyone they desire without criticism.