Swim and Dive Finishes Off Another Successful Season 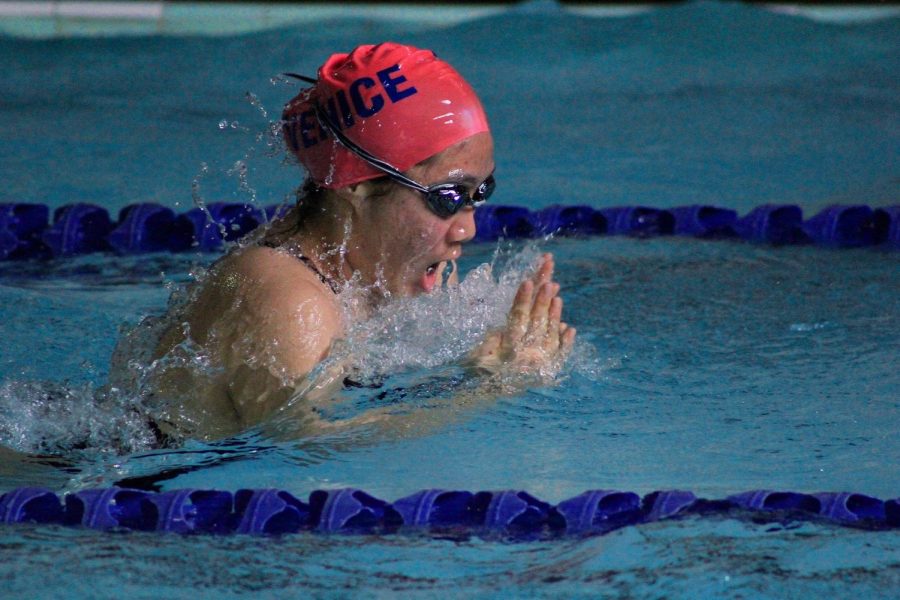 Senior Alyssa Berman, city champion for the 100 butterfly, was one of the two who made it to State Finals. Berman came in 37th place out of 40, making her the 37th fastest butterflyer in the state of California.

“Swimming is a really hard sport that you put in a lot of hours of work and time and then you have to wait until the end of the season to see that pay off,” said Berman. “I was really excited at the end that all that hard work paid off and I got to place. I’m really proud.”

Senior Justin Delgado, a diver, also made it to State Finals. Delgado was able to get 28th place out of 29, even though he only learned how to dive about three months ago.

“I’ve been doing gymnastics for 10 years so I mean it kind of comes with that, but learning to go head first was new,” said Delgado. “It felt fun to get to do something like that for the first and last time.”

“I’m having a really hard time of letting them go cause I love them so much,” said coach Sabbah. “That’s why it’s so hard as a teacher when the seniors leave because they all promise to come back and they don’t.”