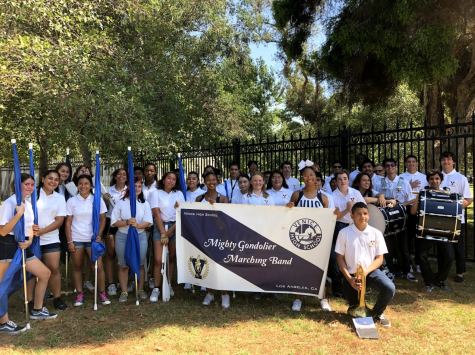 The Venice High marching band participated in this year’s 40th annual Wilmington Labor Day parade Sept. 2.  It was the first public event this year with the new band members.

The band marched about a mile from Broad and E Streets to Banning Park,  with non-stop playing of songs such as ̈Blue Devil ̈, ̈Go Go Go ̈ and ̈Word Up.̈  The Venice High Band marched along with other organizations.

̈ The parade was a fun time. We got a lot of compliments from people watching and even the UTLA group in front of us said we sounded good,̈  stated Mr. David Lee, the school’s band director. Many people who went out to watch, cheered for the Venice High band. After a long march, everyone continued to celebrate with a huge barbecue and rally at Banning Park.