PhotoVoice is an after-school program at Venice High School that allows students to explore the unique world of photography. Since it came to Venice three years ago, many students have participated because of the opportunities it provides to use real-world photography methods and equipment.

PhotoVoice works in partnership with UCLA, who bring their own photography students to help teach those who join the program. Specifically, PhotoVoice exposes students to various methods of photography that empower them to express themselves.

“I like the materials first because I don’t have a camera and we get to use the cameras and different materials like reflectors and other things that I never had access to and also learning new things because of the teachers,” said 10th grader Beyonce Ramirez, in a Youtube video from PhotoVoice. One of the most beneficial aspects of PhotoVoice is that they provide high-quality cameras and photography tools that many students wouldn’t normally have the means to attain.

PhotoVoice accepts both well-versed and novice photographers to the program, which began on August 29th. The group meets after school on Thursdays in Room 12. If you are still interested in joining, talk to Ms. Ruth Greene in Room 12.

The Period Club is back again at Venice High School, returning for their third year with very big plans in store for the upcoming semesters.

The club promotes menstrual advocacy, women’s health, abolishing taxes on menstrual products as well as helping women in underdeveloped countries find access to these resources. Last year, the Period Club held a petition in order to gather information on how many students would be in favor of pad and tampon dispensaries in the girls as well as the gender-neutral bathrooms. The club gained over 1000 signatures from students who would be in favor of the bathroom addition.

Their goal this year is to have these dispensaries implemented into the girls as well as gender-neutral bathrooms, raise menstrual advocacy and expand the club. The club is always looking for new members and everyone is welcome. Those who are not members can help in other ways as well.

Once a month the Period Club hosts a packing party and those who attend get a chance to help pack supplies, such as menstrual and toiletry products for women who are in need. It is a great way to get volunteer hours as well as help women who may not have access to things they may need. The Period Club meets every Wednesday at lunch in room 222.

ALPS Chairman Brian Bleser described it as “A club where everyone is assigned a country and is then given an issue so that you can make a resolution.” Model UN meets in room 233 on Wednesdays at lunch, starting September 4th.

An example of a situation in Model UN is:

“my college’s conference, the Security Council Simulation at Yale (SCSY), held a simulation of the Korean War, where delegates role-played the ministers of the American, Soviet, and Chinese cabinets in 1950. Princeton’s college conference has taken this idea to an entirely new level; every committee at their conference is part of the same Joint Cabinet Crisis.” Stated by bestdelegated.com

Students Deserve is a fairly new club to Venice.  Elections for their 2019-2020 President starts the week of Sept. 3. Last year’s president was Thomas Koon. Students Deserve was created to get student voices heard.

Mya Edwards is one of many Students Deserve’s main planners. She posted about the organization on her Instagram last year, and when she did that she got Koon’s attention and he decided to join. Kids can join at any time during the school year.

“Being this year’s President would be good. I could get a lot done, like last year.”  Koon said. If you would like to join Students Deserve, it doesn’t require anything but a little bit of commitment, said Koon.  And even then it’s not a lot. We meet in room 232 during lunch on Mondays.

Last year Venice’s goals for Students Deserve was to just make the organization more known. But this year they would like to meet all goals such as adding new students, expanding Students Deserve to other schools.

When they hold their meetings they mainly discuss the pricing, consider the cost, and notify the entire organization.

“If I could do one thing for the organization it would be to expand our organization. Move it to more schools,” Koon said.

MEChA, or Movimento Estudiantil Chicano de Aztlán, which translates to Chicano Student Movement of Aztlán, is an educational group that supports brown students at Venice. Its meetings are run in room 138 on Thursdays at lunch, sponsored by Ms. Keli Arslancan.

She describes it as an “organizing space for students that have historical roots of being indigenous and brown.” Co-President Amy Martinez adds that it is not exclusive to the brown/indigenous community and invites everyone to join. When asked about future plans and upcoming events, Martinez mentioned that they are currently focusing on fundraising and getting more people to join MEChA.

The Junior Statesmen of America (JSA) meets every Thursdays during lunch in room 52. The sponsor of this club is Mr. Minhas, who seems like a very nice person. Thomas Koon, the president of JSA agreed with Mr. Minhas when he said, “It’s a venue for students to discuss important issues in a respectful way.” He also mentioned that JSA is a way for students to engage with each other and learn from each other. Which is something really important because there isn’t much real-life engagement going on among students today.

Heal The Bay by Maryssa Rodriguez

Heal the Bay is a club at Venice dedicated to cleaning beaches and educating students at Venice about environmental issues and how to contribute to them. Many of the activities in Heal the Bay is to bring awareness about the environment, whether it be by reducing, reusing, or recycling.

This year, Heal The Bay wants to focus on a new project to promote recycling/ repurposing items.

“Heal the bay got really into a consistent schedule of having cleanups every weekend, but this year we want to motivate people to recycle certain items so we’re thinking about reusing bottle caps and them making a project out of it to show at events,” said President Jasmine Vela expressing her new plans for this year.

Heal the Bay meets on Thursdays at Nutrition in Room 130 and they welcome everyone.

The Gaming Club is an opportunity for students to socialize and to find common interests by taking a break from the stresses of school. The Gaming Club is perfect for those who are interested in just relaxing from school for a bit.

“Critical thinking skills can be achieved through playing video games and teaches students sportsmanship,” said Mr. Marcos Sandoval, the sponsor of the club.

“It helps students accept that you can’t always win,” said Sandoval, a useful skill to use especially in school competitions as well as the frequent competition of high achieving students. Students that are constantly worried about their classes can escape school stress for a while to have some peace of mind.

The Gaming Club meets in Mr. Sandoval’s room during Thursdays at lunch in room 120.

A historical organization here on campus that uplifts the efforts of African American and black-identifying students and pushing to further the advancement of the social conscience and political education is the Black Student Union, otherwise known as the BSU. The BSU has been a safe space and meeting spot for attendees for more than 25 years.

The Black Student Union president Alaina Fairley-Moore shared her personal feelings about the club, and how it affected her student life.

“The BSU gave me somewhere to go and guided me in ninth grade when I was nervous and confused, and it became a community space for me,” she said.

Students of color are often the most underrepresented in academic settings, and this organization provides support to those who feel unsupported. There are many benefits offered to students, such as free tutoring and counseling services, scholarship access, college trips, and cultural events.

The sponsor of the club, Ms. Traci Nichols-Thrasher, wants more students to take advantage of special opportunities. “ We have connections to the United Black Student Unions of California (UBSUC) and we take trips to the annual Black College Festival for free with transportation provided,” she said.

The BSU allows students to express themselves openly and discuss topics that commonly go unspoken, said Fairley-Moore. Rah-San Bailey, who is also the treasurer appreciates this aspect of the club by stating, “I found solidarity in similarly colored people who sustained a good support system, and my passion as an active member of the group grew.”

Any student on campus can be an active member too. The club meets every Wednesday in Room 14 at lunch. 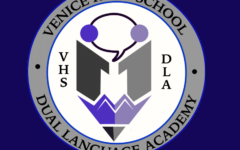 The Highlights Of The Dual Language Program 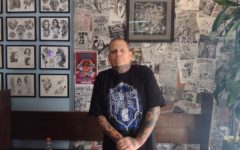 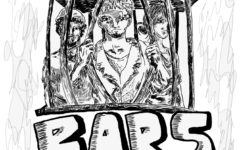 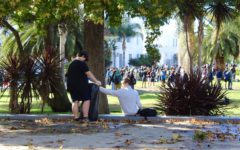 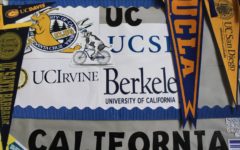 UCs And CSUs Go Head To Head: Which Public College System Is The Best Choice For You?

The Oarsman • Copyright 2022 • FLEX WordPress Theme by SNO • Log in