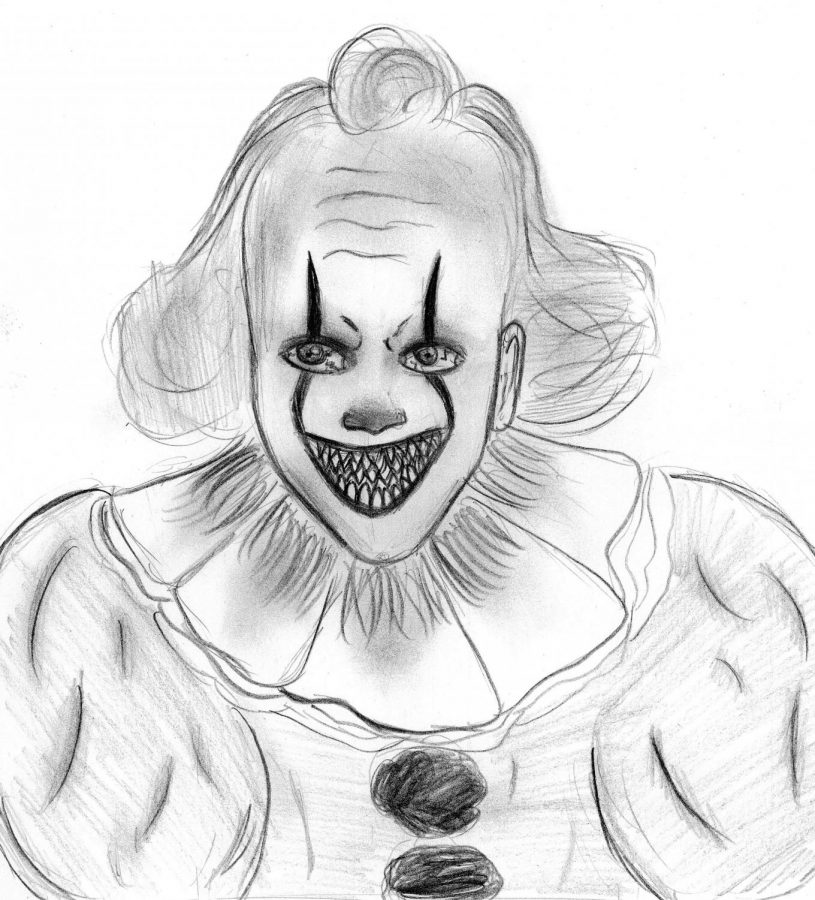 Pennywise from "It" movie

The members of Losers Club are back 27 years after their first encounter with IT, the shapeshifting evil force that wrought havoc on their town. Mike, a member of the Losers Club, is determined to hold his old friends up to the blood-bound promise that they made in the 1980s, to kill IT if it ever came back.

Throughout the movie, the audience is taken on a journey that deals with themes of friendship, trauma, and the importance of memories, while also providing horrifying imagery to convey how scary IT truly is.

Since the 2017 theatrical release of the recreation of Stephen King’s 1987 book “It”, fans have been yearning for a continuation of the Loser Club’s story, which continues the encounter with IT as adults.

The sequel debuted at a whopping $91 million in its opening weekend, which was not quite as strong as its 2017 predecessor, grossing about $30 million less than the original. This loss of business has mostly been attributed to the movie’s nearly three-hour runtime, which many critics have cited as one of the movie’s major flaws.

Gondoliers didn’t seem to see the lengthy runtime as an issue, however, with junior Catherine Gallegos stating, “It was pretty long, but really entertaining. I never found myself bored with the movie, so being in the movie theater for almost three hours wasn’t really an issue.”

Other students had equally good things to say about the film, with junior Allison Perez expressing her love for this film and its 2017 precursor, “I liked so many things about this movie. I have grown so attached to these characters and seeing [them] on the big screen always makes me smile. I feel the second movie did a great job of tying their entire story together.”

Despite how much many fans, including Allison, enjoyed this sequel, many still prefer the 2017 version. This seems to be the consensus from critics as well, with It: Chapter Two gaining generally lower ratings when compared to the first movie.

All in all, It: Chapter Two is successful in giving the audience a good scare and continuing the story started in the first movie. Its long runtime can pose as a problem for some viewers, but the entertaining story and authentic acting make up for that for many.