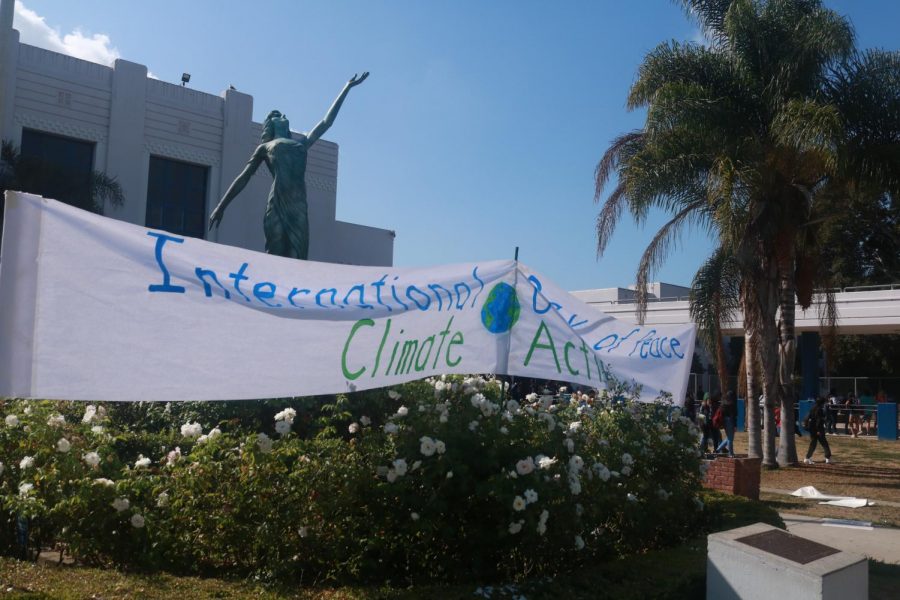 Students did yoga on the front lawn, while others wrote messages on a miniature Eiffel Tower as students celebrated Peace Day on Sept. 20.

The event was started by the United Nations to promote peace around the world and bring awareness to issues that affect world peace. At Venice High, the World Language Global Studies Magnet has organized this event for the past three years.

“Peace means to me where everyone can get along without conflict or trying to make sure they put others before themselves. That way it’s easier to achieve peace,” said Ms. Tracy Nomachi

She also said that the focus is on sustainable development goals made by the United Nations. This year’s theme was climate action, because there was a climate action summit in New York City on Sept. 21.

Students at Venice supported climate awareness by setting up computers that helped calculate carbon tax. Students took a survey that included questions about eating red meat, driving cars, and using air conditioners. Based on that information, the computer provided an estimate on how much carbon was released into the environment and how much a person would have to pay for that. 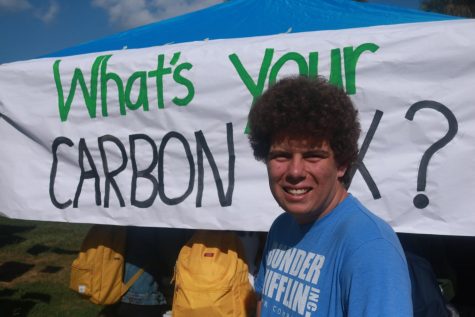 “It was very informative and communicative, and there were a lot of people there. The groups were very diverse and everyone interacted and learned more about peace day,” said senior Aaliyah Lindley.