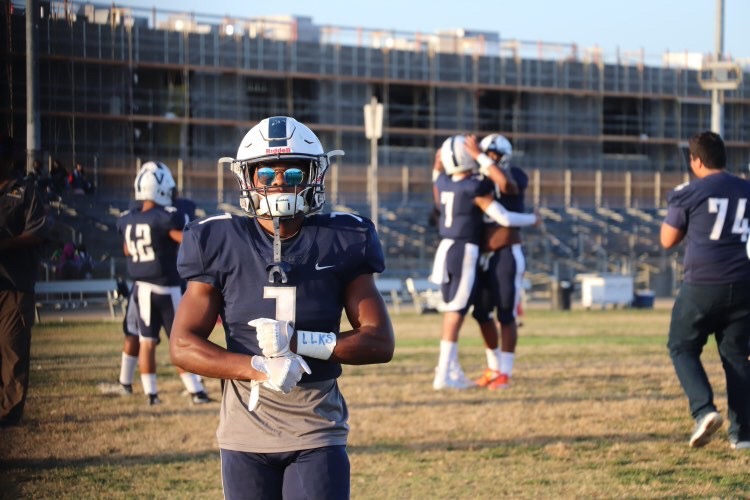 Known for his vast energy on the field, senior Everson Bozeman plays running back for the  Venice High School varsity football team. Bozeman made the decision to transfer from Westchester to Venice due to his dedication in pursuing his ultimate dream of playing professional football. Despite his height of 5’5, he has managed to score 22 touchdowns during his football career here at Venice. He currently holds a California ranking of 459 and national rank of 6,711.

Why did you decide to transfer to Venice?

“I went to Westchester but their football team wasn’t as good as Venice, so I decided to take the opportunity and play for Venice. Another reason I’m at Venice is because of our quarterback Luca Diamont, who is a top prospect in the league.”

When did you decide to play football and who inspired you?

“I began playing football when I was six and was motivated by both of my big brothers, who played football at Arizona State University.”

What challenges have you faced throughout your first year at Venice High School?

“A challenge that I’ve faced is getting to be number one in the city for rushing yards because we’re a passing team. Since last year was my first year at Venice, getting to be a leader of the team was also an obstacle because most of my teammates did not know me.”

What is your favorite part of playing football?

“My favorite part is coming together as a team and getting a win.”

“My most memorable moment would have to be last year´s game where we defeated Paramount. It was my first year at Venice and we had never beat Paramount. I caught the game-winning interception.”

Who is your favorite athlete and why?

“My favorite athlete is football player Darren Sproles who plays for the Philadelphia Eagles because he’s a small guy like me and he shows that height doesn’t matter.”

What do you like to do when you’re not playing football?

“I like going out with friends and playing video games.”

What are your plans after high school?

“I plan on attending college and continuing my football career. I have a couple of schools looking at me but I have not yet decided what school I would like to attend. I plan on majoring in business.”