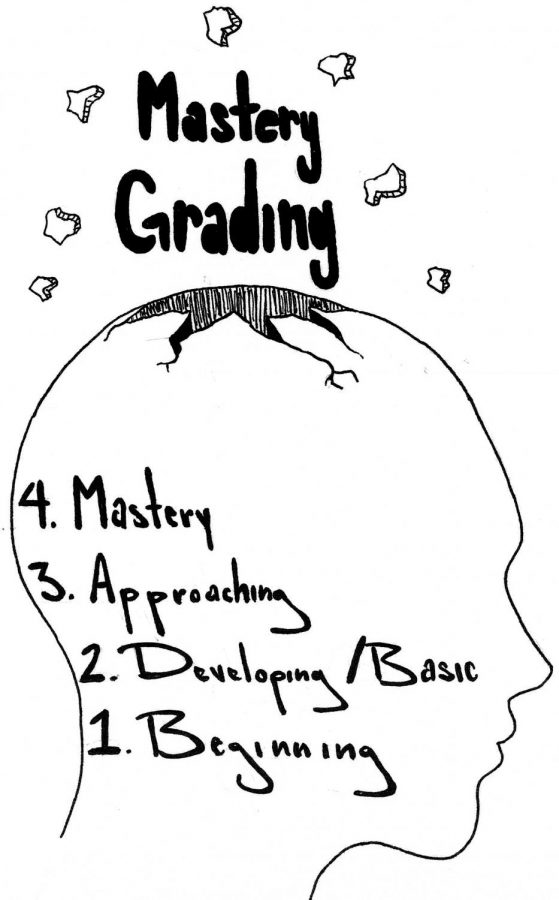 “They determined up to 10, maybe even 12 learning targets, and they expect students to work towards achieving mastery in those. So no longer is it ‘Oh I just turned something in for points.’” said Ms. Greene.

Teachers who are participating in mastery grading are making sure that the students truly understand the assignment instead of just turning in an assignment and getting points for completing it.

“[A traditional assignment] doesn’t really say what you know,” said Physics teacher Josh Alexander, who is also using mastery grading this year.  “If you get a 70% in quizzes, then like, what does that say? It just says that you did [okay], on some quizzes, but it doesn’t really say that you understand forces really well, but you have no idea how to do kinematics problems. It doesn’t say that, so it doesn’t give you any feedback, and it’s almost a worthless thing.”

“What students do is they just try to get points,” Mr. Alexander continued, explaining mastery learning. “I did my work, I turned in my sheet. You know, and what is that? Like, those aren’t the kind of people that we want to for the future. So we try and get people to think about what it is that they know. And then if they don’t know something, they go back and try to understand that thing. That’s what the grade is based on, it’s based on your skills.”