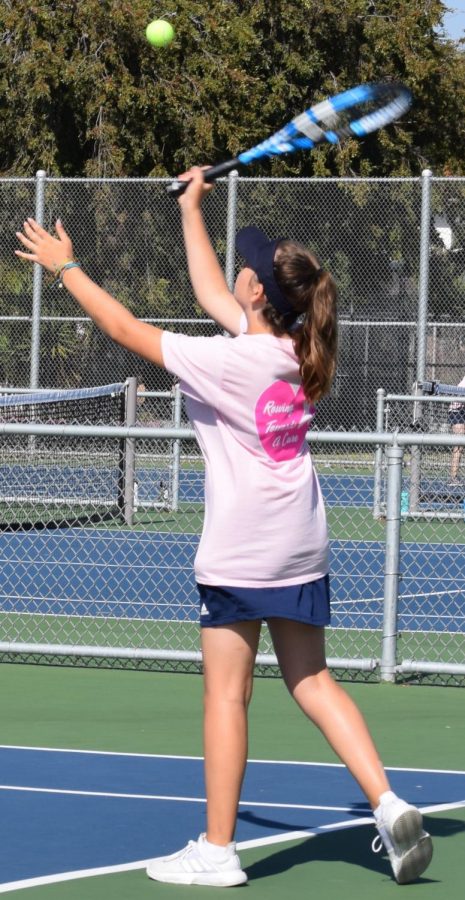 After an outstanding start to their season, the girl’s varsity tennis team finally received their first loss after playing against Venice’s rival, Palisades High, as well as a second loss the following game. This 7-2 record nevertheless bodes well for the team’s new coach Andrew Horen who has helped the team develop and succeed.

Their record couldn’t have been achieved by mere luck however, as the new head coach helped develop the players’ skills and hone in on their weaknesses.

“Unlike the old coach, Andrew, the new coach, actually focuses on strengthening certain skills you need to work on based on your previous games,” said Genesis Maciel, a member of the JV team when asked about the new coach.

With this support provided by the coach, the Gondoliers are looking to continue to flourish despite the inconvenience of having to play and practice at Mark Twain Middle School due to construction occurring at Venice High.

With that in mind, the team is looking to prove themselves as a real competitor this year, as the team continuously under performed the previous season and ended with a record of 2-10.

“We’re building more structure as we go, moving forward in the season,” said Mae Canete, a member of the girl’s varsity tennis team. Now the team looks to make the playoffs and continue to surprise and shatter expectations.

The next home game for the girl’s tennis team is on Monday, Oct. 14 at 2:30 pm against Westchester High at Mark Twain Middle School.