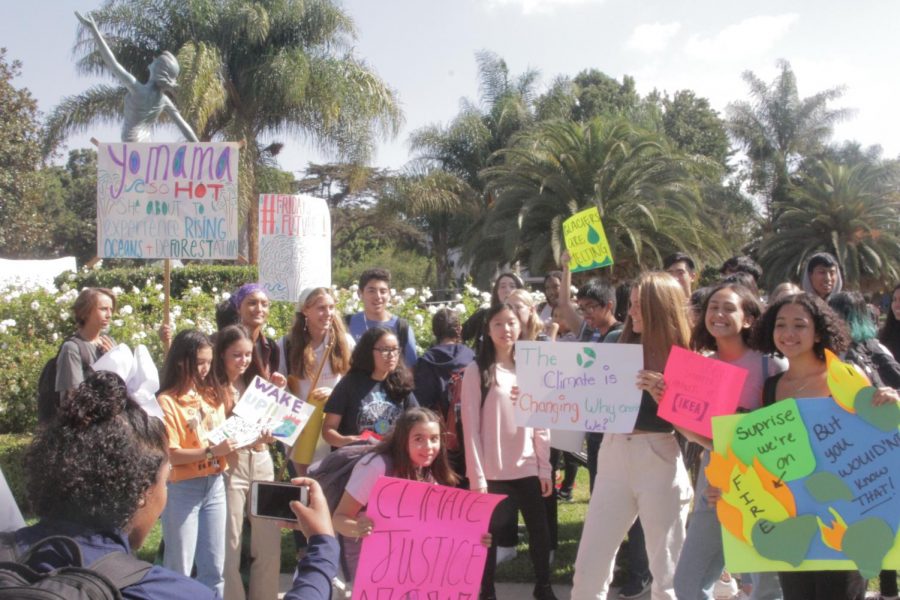 At least 40 Venice students joined the global climate strike on Sept. 20, organized by Swedish climate activist Greta Thunberg, that took place in over 100 countries. According to the official Climate Strike website “7.6 million people took to the streets for climate action. The biggest climate mobilization in history.”

The Venice students left at nutrition, packing a city bus meant for 20 people to comfortably fit in. Despite the final destination of the strike, the students’ main topic of conversation was the school work they were missing.

Venice’s participation in the Climate Strike was organized by the Students Deserve Club, and the president and at least 15 members of the club joined the strike.

“Politicians won’t listen ‘til you have a civil uprising,”  said junior Violet Fowler, a member of Students Deserve. “They have to choose between a group of people who take action and people who ignore the issue.”

The strike was organized to bring attention to the changing climate. It is one in a series of many climate strikes.

In Downtown LA, a few thousand like-minded kids and adults all converged to let their message be heard. 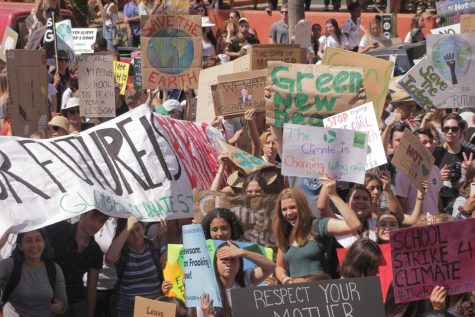 People joined the strike because of a general sentiment that ‘it’s the end of the world as we know it, and we don’t feel fine.’ Sea levels are rising, the climate is changing, and places that have low disaster preparedness are facing disasters they’ve never had to face before.

Most teachers didn’t seem to mind students leaving, some seemed to think that it was unnecessary. The rest of the teachers seemed to put up no resistance to peaceful protest.