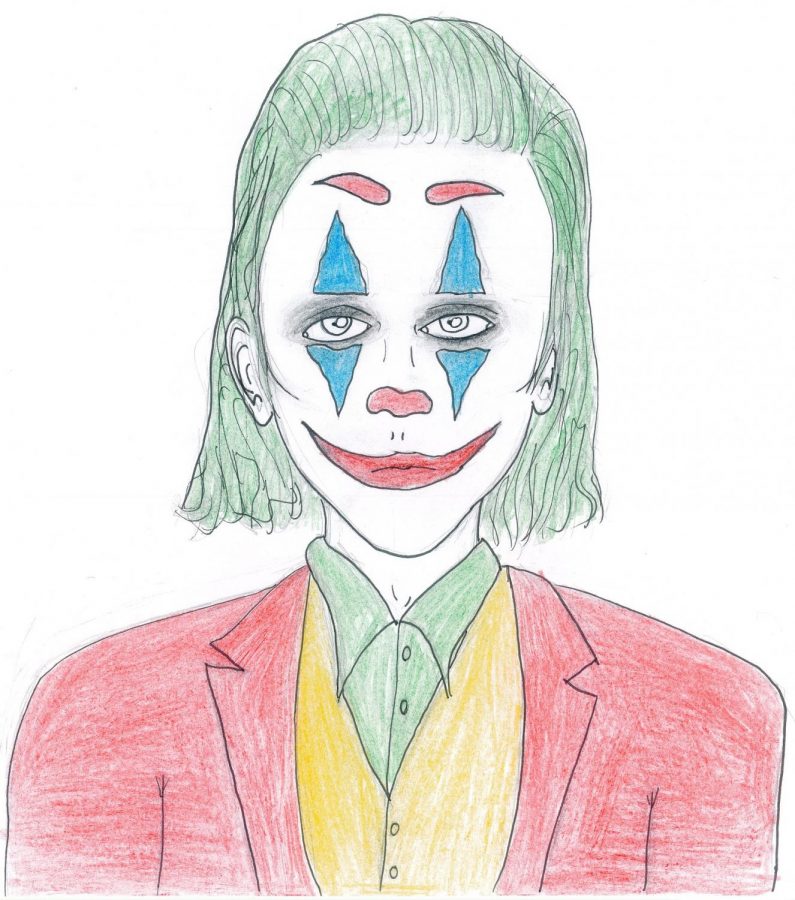 The woes of Batman’s greatest villain are told in the 2019 version of Joker, starring Joaquin Phoenix and Robert De Niro. The action-packed two-hour film details the life of Arthur Fleck, a failing, poverty-stricken comic living in late 1970s Gotham City. Beat up by society, Fleck begins to morph into the cunning, violent foe we love to hate.

Despite the familiarity most people have with the Joker as a character, this movie is a departure from the comics he was based on. This version of the Joker is much less nuanced and mysterious than the Joker in the comics, whose ambiguity goes as far as his name never being explicitly mentioned in them.

“Honestly, I was expecting the origin story told in the movie to be based more on the comics,” said English teacher Ms. Annemarie Di Padova, a passionate DC fan. “I was quite disappointed when I didn’t see things that were always there in the comics. I wouldn’t see it again, and that’s one of the main reasons why.”

Beyond the disconnect from its base material, Joker had other controversies spring up upon its release. In the aftermath of the 2012 mass shooting in Aurora, Colorado during a midnight showing of The Dark Knight Rises, the fear of a copycat occurrence in another Batman-centric movie spread among the public in Aurora. This fear was so prevalent that the theater in which the original shooting happened refused to show Joker. The graphic violence depicted in the movie didn’t do much to soothe this fear, either.

“It was really, really violent,” said junior Joseph Goldin. “I liked the movie for the most part, but the violence just took me aback a little.”

One thing this version of the Joker did touch on was the issue of mental health and how people living with it are treated in this country. At one point, the audience experiences Fleck losing his low-cost (and low quality) mental health services due to budget cuts by Gotham City. This element of the film was praised by many fans, but not everyone was happy with it.

“It’s a good topic to cover, but I don’t feel like it was hashed out very well,” said Ms. Di Padova. “It seemed like they were presenting the issue to us without trying to provide any solutions.”

This juxtaposition between the good and bad is evident amongst those who saw it, with the movie receiving a 69% rating from critics and an 89% rating from its general audience on Rotten Tomatoes. Despite some criticism, the movie has grossed over $849 million since its release in early October and is projected to pass the $1 billion mark in the coming weeks.

Joker succeeds in providing an interesting and fresh look into one of the most iconic comic book characters of all time, but could improve in its fleshing out of the important topics it brings to light. The Oarsman gives Joker a 4/5.