Venice High Band Marches On in their Competitive Season 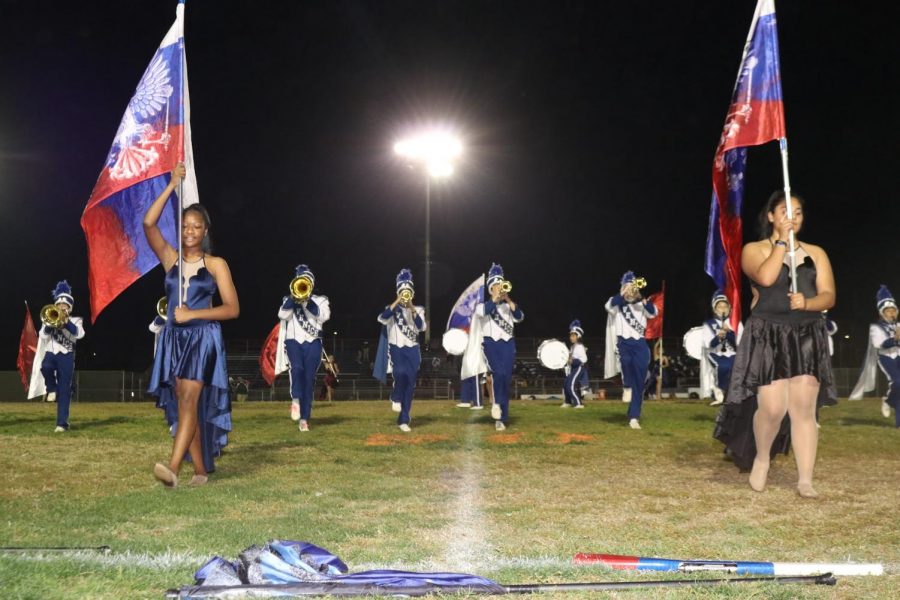 The Venice High School marching band, consisting of over 40 musicians and over 12 color guard members, has been making a name for itself across southern California in the past few months. After starting off the competitive season by placing first in its division at the South Bay Invitational on Sept. 28, the band was riding high and excited to continue as the only competitive marching band in LAUSD’s western jurisdiction.

“Our win in September served as a good marker of what we are capable of,” said band director Mr. David Lee. “We had already set our bar pretty high, so it was cool to exceed that. Showing the potential we had was nice.”

In their second competition of the season on Oct. 26, the band didn’t have as much luck, ultimately placing fourth among the seven schools in division 1A that competed in the 51st Annual Band Spectacular. Many of the points lost were attributed to the band’s overall articulation and not having the fundamentals performed right.

“The loss was definitely disappointing,” said Mr. Lee. “A lot of the critiques that the judges wrote were things I had already stressed in our practices. It was pretty annoying.”

Mr. Lee wasn’t the only one upset with the loss. Junior Diana Garcia and other band members were practicing in the band room on the Monday after the competition, trying to tighten up on their skills before their competition on Nov. 2.

“There was a lot that could’ve been done better,” said Garcia. “Moving forward, I hope we take all that we learned in our practices and throw it into the performance we have that day. We don’t have any redos; it’s our only chance to get it right.”

The Venice High marching band plans to trek on for the rest of their competitive season, taking this loss as a lesson learned to do better in the future.

Their competitive season ends on Nov. 23 at the LAUSD Championships in Monterey Park.

The band is accepting donations until Nov. 21 to fund transportation, clothing, and other expenses for the rest of their competitive season. See the article online at veniceoarsman.com to click on the link to donate to the VHS Marching Band 2019 Competitive Season.