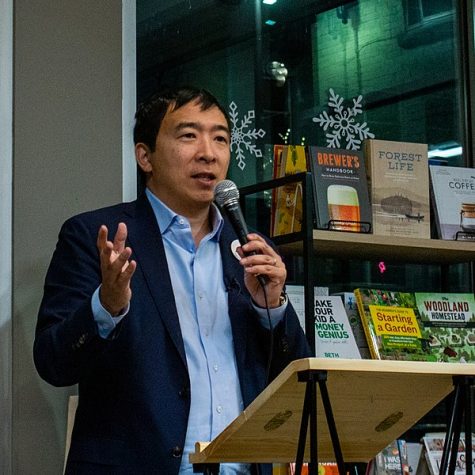 “Our vision is not left or right. It’s forward.”

Andrew Yang grew up in Westchester County, New York with two immigrant parents from Taiwan. He studied economics at Brown University and law at Columbia University, and founded Venture For America (VFA), a non-profit organization that creates jobs in struggling areas.

His focus for the 2020 election is the threat of automation, lack of universal healthcare, and current state of the economy. Popular policies of his include the freedom dividend and medicare for all. The freedom dividend is a $1,000 check in the pocket of every American citizen over the age of 18 that would be paid for by a fair tax on corporations. Medicare for all is a policy focused on regulating the price and quality of healthcare by focusing on the link between mental & physical health, and setting the prices for medical services. 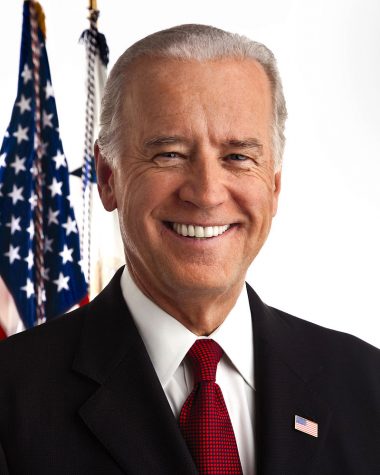 “America is an idea.”

Joe Biden grew up in Claremont, Del.. He graduated from The University of Delaware as a double major in political science and history, and got a law degree from Syracuse University. He then pursued a career in politics, became a member of the senate judiciary committee, and eventually the Vice President of the United States under Barack Obama.

He is popular for challenging the National Rifle Association (NRA), speaking against domestic violence and standing up for gay marriage rights as vice president. If he wins the presidency he plans to rebuild the middle class and reform the government so that voting is less corrupt. He believes the middle class is the backbone of the economy and plans on strengthening it by helping workers form unions, fight for better working conditions and increase wages. He plans to reduce political corruption in voting by facing the economic influence of corporations and passing an amendment that demands federal elections be publicly financed.

“Fighting for America’s promise for all of us.”

Elizabeth Warren grew up in a middle-class family in Oklahoma. She went to community college and then law school. She worked as a law professor for more than 30 years at various universities. She then became the senator of Massachusetts. She’s popular for wanting to hold corporations accountable for the taxes they evade and for having a lot of policies and  plans. Her most emphasized policies are focused on strengthening democracy and ending Washington corruption. She plans on strengthening democracy by fighting for voters rights in areas where they are threatened and ending the influence money has on elections because she believes it leads to corruption and allows for large corporations to have a larger influence on politics. She plans on ending Washington corruption by banning politicians from trading stocks in office.