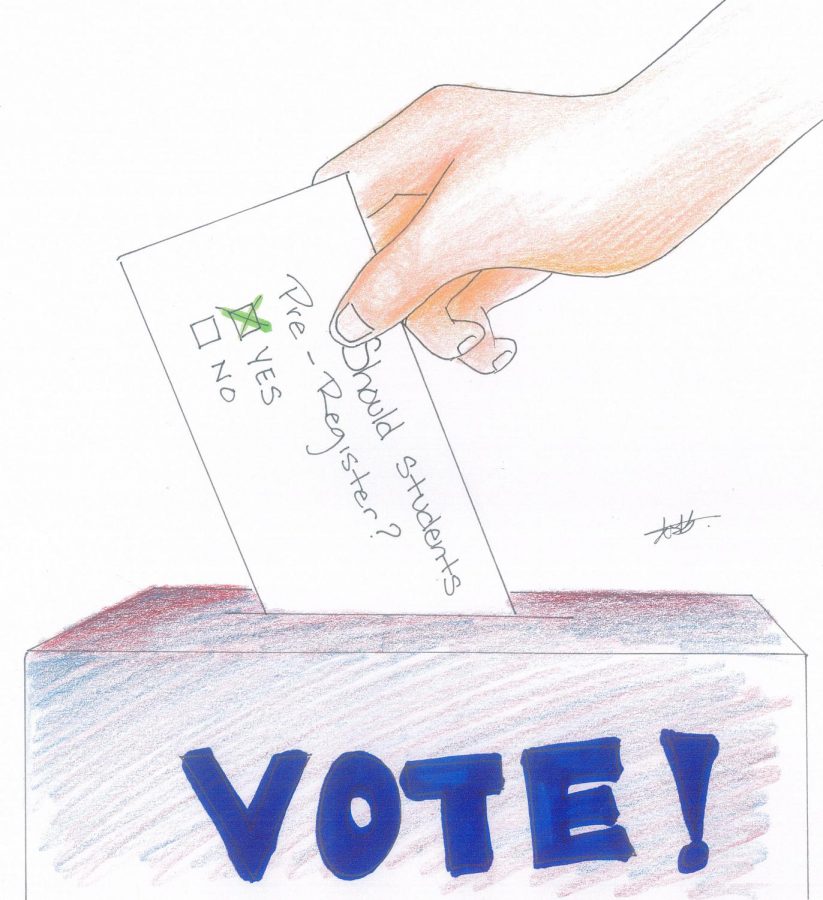 The youth vote is defined as the classification of voters who fall into the 18-24 age-range. Ever since 18-year-olds were granted the right to vote in 1972, the turnout among young voters has been lacking compared to other age groups. In the 2016 election, the youth had a near 13 percent lower turnout than the next lowest age group according to the US Census.

This year, the World Languages and Global Studies Magnet has put forth an effort to turn this around in our community by setting up a booth that allows students to pre-register to vote.

“I think it’s extremely important for students to pre-register to vote because the future is not in the hands of an older person, it’s in the hands of us, the students,” said senior Judah Braman.

Pre-registration allows 16 and 17 year old citizens to fill out a voter registration form that becomes active once they turn 18.  This gives the students more time to prepare to vote and makes the process easier once they are legally allowed to do so.

Senior Aidan Madden, who plans to vote in the upcoming democratic primaries, said that voting is a “vital part of participating in democracy.” If you are eligible and missed pre-registration day at Venice, you can still pre-register to vote online at sos.ca.gov!