Students Should be Free to Carry Their Skateboards on Campus 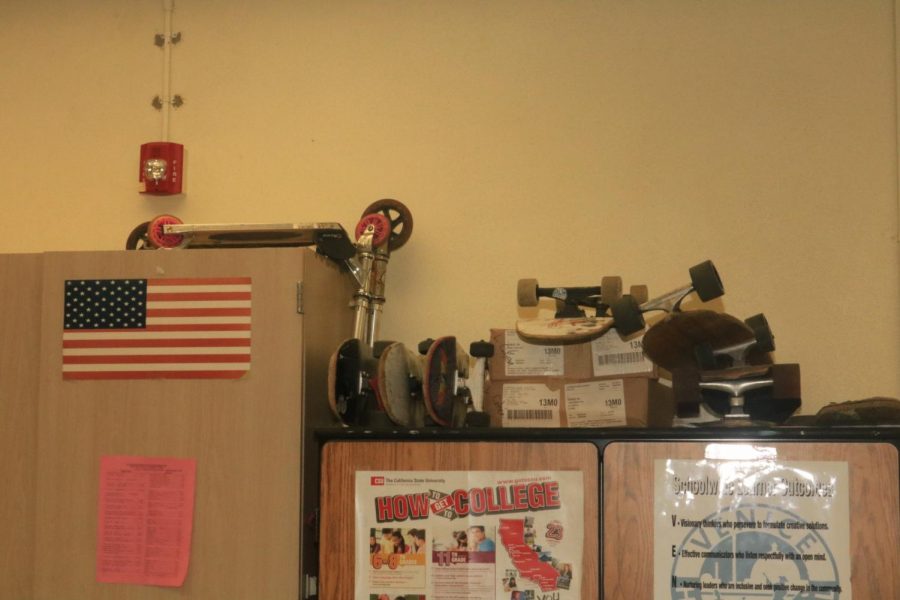 School staff are stopping students carrying their skateboards because, they assume they will ride it on campus. “Students are supposed to check in their skateboards before school and pick them up after school.” said school security officer Lenroy. The school rules state that skateboards shouldn’t be ridden on campus because of safety reasons.

Administrators should trust their students and not assume that they will ride their boards on campus.

There are many students like senior Gabriela Aju and sophomore Noah Wright who rely on their boards as transportation. So, students can see them carrying their skateboards on campus most days of the week.

“They took it and left it at the dean’s office, and I had to pick it up after school.”, said Aju. Leaving her skateboard in the dean’s office makes Aju feel uncomfortable and afraid that it will be stolen. That’s the reason why they would prefer to have their skateboards on them at all times.

Currently many students leave their skateboards in the dean’s office, where they are all stacked up together above a cabinet. The setup gives the students a feeling that their boards can be damaged or accidently taken. The system of checking them in before school and check out after school isn’t the best way to assure that they will get their skateboard back.

Staff encourages students to follow the school rules, to prevent any incidents. Students should be able to keep their skateboards on them, not taken away and put in a place where it doesn’t feel safe. If they are caught riding their boards on campus during school hours, then a better option could be a warning, and if repeated, a detention or community service hours, for not following the school rules.

“It’ll be cool to have a skating area. Maybe they can have a petition for one.”, a suggestion from the security officer Lenroy.