You Can Be Masculine Without Being Toxic 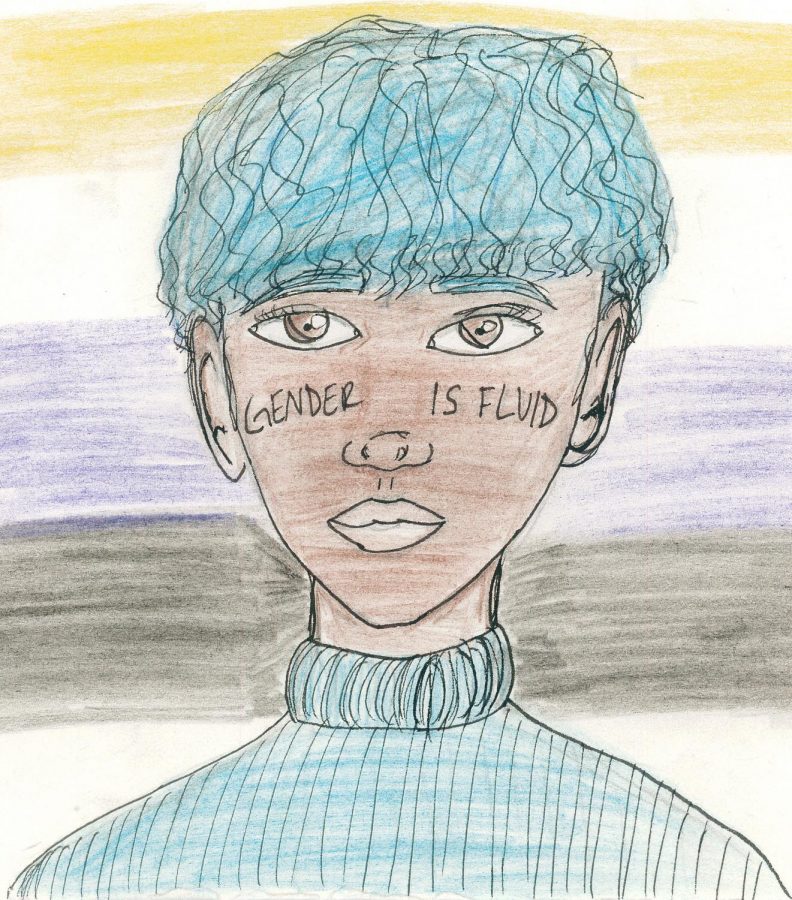 We need to teach boys and men now that having some feminine traits doesn’t take away from being a man. A lot of men in life unknowingly promote the idea of toxic masculinity, which says that men shouldn’t show emotions because it makes them appear “weak”.

The world is changing and evolving but a lot of boys are learning from their fathers what the ideal “man” looks like.

“The concept is only an awareness that was brought up about five years ago,” said Cristobal Vicente-Aguilar, a Spanish teacher at Venice High School. “The feminist movement, the gender equaty movements, and the Me Too movements probably have promoted concepts of questioning men’s attitudes and whether that is toxic or not.”

“In my upbringing we didn’t have the concept of talking about toxic masculinity and in fact if you weren’t conforming to masculine mogul ideals, you were a poor example of a man,” continued Mr. Vicente-Aguilar. “It wasn’t recognized as toxic masculinity. Now, people are willing to acknowledge that you do not need to conform, as with the Latino-macho ideal “boys don’t cry,” “you don’t show your emotions,”  “you push on through and you don’t complain,” which only continues the cycle of domestic violence in the latino community.”

In society and cultures wearing makeup or nail polish makes you “gay” if you are a man. A lot of people disagree, but more don’t think this thought process is wrong.

People think that femininity is only for women or gay men, when in reality there are famous men who are feminine and straight. The way you express yourself doesn’t correlate to who you are attracted to. Back in the day, famous feminine-straight men were seen as gay for wearing anything feminine. Prince, the musician, was very feminine and also had two wives in his 58 years of life. David Bowie as well, had two wives until he passed away in 2016, but he was a feminine musician, like Prince. Being feminine needs to be validated and seen as normal for men.

“Toxic masculinity to me is a real problem in the world,” said junior, Trevor Yuge. “I personally have gotten used to it and I somehow ignore it even though at times I do feel pressured by the opinion of society to be more masculine. I’ve just always acted how I wanted regardless of what people think. I do think that on the bright side, toxic masculinity is slowly beginning to disappear. I feel that people are beginning to be more flexible with gender roles and masculinity and that society as a whole is becoming more accepting.”

Boys have always been told, since they are built differently, it means that they’re better, stronger, more capable, less emotional, a leader, etc, so men pressure their sons to be those things by limiting how much they express their feelings.

“Toxic masculinity doesn’t just hurt men, it kills them. In America, for example, men are 3.5 times more likely to die from suicide than women–-a phenomenon many experts attribute, in part, to the fact that men are told they shouldn’t express emotion or admit that they feel vulnerable, and therefore are less likely to seek professional help,” according to an article in The Guardian by Arwa Mahdawi. This pressure for men creates a lot of the problems the world has to deal with because it’s all a cycle. Hate creates more hate, which only creates people who hurt others.