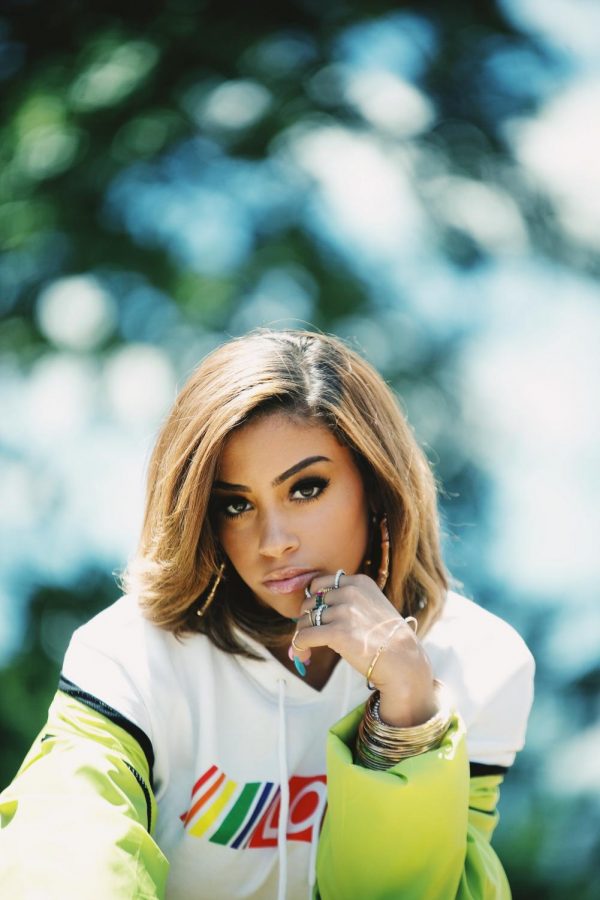 In Layton Greene’s recent album “Tell Ya Story,” she shares her story with her listeners about her struggles with poverty and homelessness. In this album, she says she wants to share her music to the world. In her music, the lyrics are what pulls the listeners into a heartfelt string of emotions that “talk about things people don’t really talk about anymore,” Greene said in her personal biography.

In Greene’s album, she gets personal. Greene talks about her former relationships and her life before her musical career.  At the age of 14, Layton’s parents split while her mother grappled with bipolar disorder and drug addiction causing a spiral of setbacks with relatives and homelessness in her family.

Growing up, Greene had to adjust to her turbulent life.  “I’ve been through some stuff but I couldn’t go to my mother with my problems. I just adapted to what I was going through,” she said in a personal biography.

Later on in her music career, Greene continued to work hard. Her remix of the song ‘Roll on Peace’ by Kodak Black in 2017 was a success. She then made a second remix of the same song that gained over 3.5 million plays on SoundCloud in the first month and jumped into the Top 15 of Billboard’s Hot R&B Songs chart, according to Green’s biography.

In the new album, the young artist expressed her triumph during her rise to fame in her song called, ‘Blame on Me’, where she said she worked as a Walmart employee when she released one of her hit singles.

The 20-year old R&B/hip-hop artist gives us a good look at what her past relationship was like in her song called “I Love You.”

“I’ve always been a hopeless romantic,” she said in her biography. “I just was real dependent on him. It should never be like that.” In this album, she talks about commitment, family issues, love and troubled relationships. Through her lyrics she reflects on the good and bad times, and how you should embrace your imperfections.

“It’s okay to not to be okay sometimes. It’s okay to go through stuff. We’re all human. Sometimes we forget that,” says Greene.

Her message is to encourage those afraid of opening up about their feelings and acknowledging the good times and the difficult times as a way of accepting our obstacles. Greene’s other albums such as “Leave Em Alone,” “Myself” and “Roll In Peace”’ each have their own special quality, but “Tell Ya Story” is by far the most passionate album. If you like listening to a modern hip-hop beat with an early 2000s Beyonce’s R&B feel to it, Greene’s music might interest you.